Here are the explanations over R14m 'mistake' at debt-riddled university 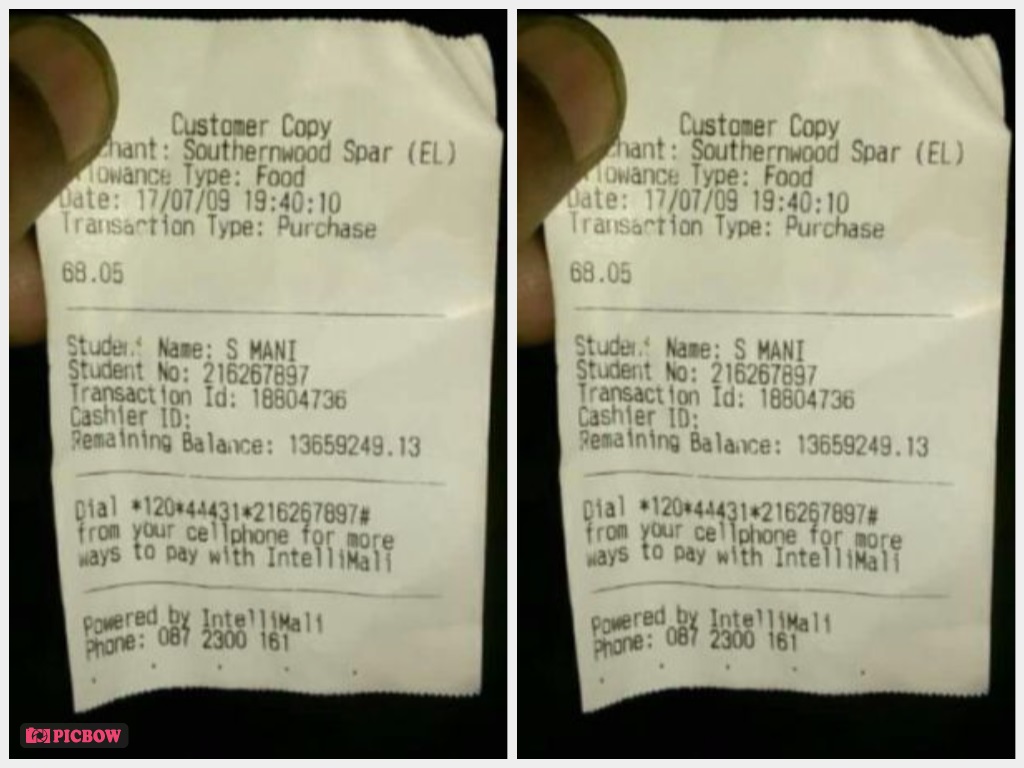 A Walter Sisulu University student allegedly went on a spending spree after an accidental payment of R14 million was made to her‚ while fellow students at the highly indebted Eastern Cape university have been in dispute over their food allowance applications.

It is understood the student was meant to receive an allowance of R1‚400 but an error resulted in the multi-million rand loan being paid into her account.

The news emerged as a male student was stabbed to death in an alcohol-fuelled party with friends at the weekend after allegedly splashing his food allowance on booze. Lectures were also halted for two days earlier this month on a campus .

University spokesperson Yonela Tukwayo confirmed that the university was looking into the R14 million payment matter‚ after students complained about her "lavish" spending.

The female student allegedly spent more than R400‚000 since the payment was made five months ago.

Tukwayo said the food and book allowances could only be spent at specific merchants associated with the university‚ so the university would investigate how the student was able to buy some of the goods she bought.

"Some students picked this up from the very lavish lifestyle she started living. We will also be looking into how this money was spent to buy some of the expensive goods‚" she said.

The mistake came from the third party company used to administer the payments‚ and the university said it would be looking into the matter‚ making use of a forensic team and meeting with the company's management later on Wednesday.

Tukwayo said the university had met with the student and informed her that she would be liable for the money she had spent and that her accounts had been closed with immediate effect.

Walter Sisulu University Management has 30‚500 registered students of which 18‚144 are funded by the National Students’ Financial Aid Scheme (NSFAS).

NSFAS spokesperson Kagisho Mamabolo said they had written to the university and asked for information about how this happened.

WSU receives the funds from NSFAS and distributes it to students via a third party.

Mamabolo said this incident was further evidence that the NSFAS payment system‚ called S-bux‚ needed to be centralised. The S-bux system is being used at 18 other institutions across the country.


He said the S-bux system has successfully paid over R500 million to more than 80‚000 students in more than three-million transactions since its introduction in 2014.

Tukwayo‚ however‚ said that the erroneous payment of R14 million to one student didn't affect other students who were meant to receive NSFAS payments.

On Friday‚ 3‚000 students were given a reprieve after WSU management reached agreement with NSFAS to extend the deadline for students to sign their loan agreements‚ the Daily Dispatch reported.

Tukwayo said the cash-strapped university had to cut the allowances as it feared accumulating unsecured debt on top of its historical debt‚ which is over the R400 million mark.

“We just could not continue with the risk of giving students food allowances without having secured payment from NSFAS and unfortunately that role rested with the students as they are the beneficiaries. We have since agreed with NSFAS to extend the deadline and allow those students a chance to sign‚” Tukwayo told the Dispatch.

NSFAS has since sent its officials to all WSU all campuses to help students with the electronic signing of their loan agreements.

On Sunday‚ final year electrical engineering student Aphelele Ntobongwana‚ from Libode‚ was stabbed to death in a East London male residence during an alcohol-fuelled party in his room.

The res houses around 20 students. The killing apparently happened in front of three other students at the end of a weekend of heavy drinking.

Sibonile Mangaliso‚ who was in the room during the incident‚ told the Dispatch that Ntobongwana had finally received his food allowance from NSFAS‚ after waiting since January.

Mangaliso said Ntobongwana had been eating food bought by his roommate and other friends from other residences and after getting his payout‚ he returned the favour‚ buying food and alcohol for his friends.

He said that on Sunday afternoon‚ Ntobongwana bought a bottle of vodka and five beers for his friends which they went to drink in his res room.

In May this year‚ WSU final-year medical student Lwando Mantshontsho was stabbed and killed at the university’s residences in Mthatha after an argument broke out at a party. Five WSU students are on trial.

At the time‚ the South African Medical Association (SAMA) called on the Minister of Higher Education‚ and the Presidency‚ to immediately initiate an inquiry into events on campus. “We are extremely concerned about what is happening on this campus‚ and have for a long time noticed a steady descent in instability. Violence and disruptions of the academic and other programmes have become the order of the day instead of education. This is worrying‚ and must be addressed urgently.”

Despite numerous cash injections from the provincial government and NSFAS‚ the university is saddled with huge debts.

WSU costs R1.4-billion a year to run‚ 64 percent of which is spent on salaries.

In 2016 NSFAS made more than R2-billion available to help clear student debt at universities across the country while the Eastern Cape government set aside an additional R16.3-million for “missing middle students” – those whose parents were teachers and police officers and did not qualify for NSFAS – studying in four Eastern Cape based universities.

The fund provides financial aid for needy tertiary students. The NSFAS requires of beneficiaries to start repayment once they earn R30‚000 a year.

In 2016 the NSFAS was inundated with applications from more than 700‚000 applicants seeking student loans.

Repayment is an ongoing problem.

NSFAS officials told Business Day earlier this month that debtors with private sector jobs were not coming to the table‚ particularly in the financial services sector – highlighting one financial services firm where an estimated 17‚000 employees owe NSFAS more than R500 million.

An unscientific poll currently running on TimesLive’s Twitter feed indicates many South Africans would have revelled in the “windfall” if paid into their accounts. Other tweets question why it took five months to spot the error.
source: https://www.timeslive.co.za/


This post first appeared on The Edge Search, please read the originial post: here
People also like
Professional Essay Writing Services
A Balanced Response to Allen Gwinn
How Does the Fortinet Firewall Work?
Universal Tips on How to Promote Your Business On Facebook
My Top Ten Favorite Business Tools for Entrepreneurs

Here are the explanations over R14m 'mistake' at debt-riddled university