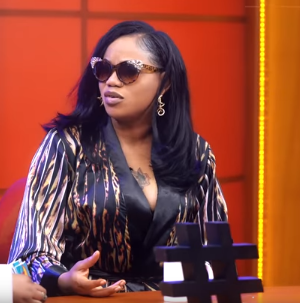 Fashion entrepreneur, Toyin Lawani, says she does not believe in Marriage anymore. Toyin who is a single mum of two, said this when she appeared as a guest on the recent episode of Hot Topics with Latasha on Linda Ikeji TV. She was reacting to the news of Canadian singer, Keisha Chante, who called off her engagement to a former Canadian Ice Hockey player, Ray Emery, who she dated for 7 years.

“The Friend Who May Not Seem a Friend…
Naumi Studio Hotel, Wellington
You’re Not Alone; It Gets Better
When You and Your Best Friend Had an …
أهمية الزواج في الحياة
"I don't believe in marriage anymore because I feel marriage is just a subject people take too serious. It is a serious institution but I feel like everybody deserves to be happy but you don't need marriage to define happiness" she said
Watch the episode below


This post first appeared on The Edge Search, please read the originial post: here
People also like
“The Friend Who May Not Seem a Friend” – The Cat and the Fire, Post 2 of 3
Naumi Studio Hotel, Wellington
You’re Not Alone; It Gets Better
When You and Your Best Friend Had an “Accident”
أهمية الزواج في الحياة
BPI Family Ka-Negosyo Loan
Hindi Short Film – Rajma – A husband and wife’s story during lockdown