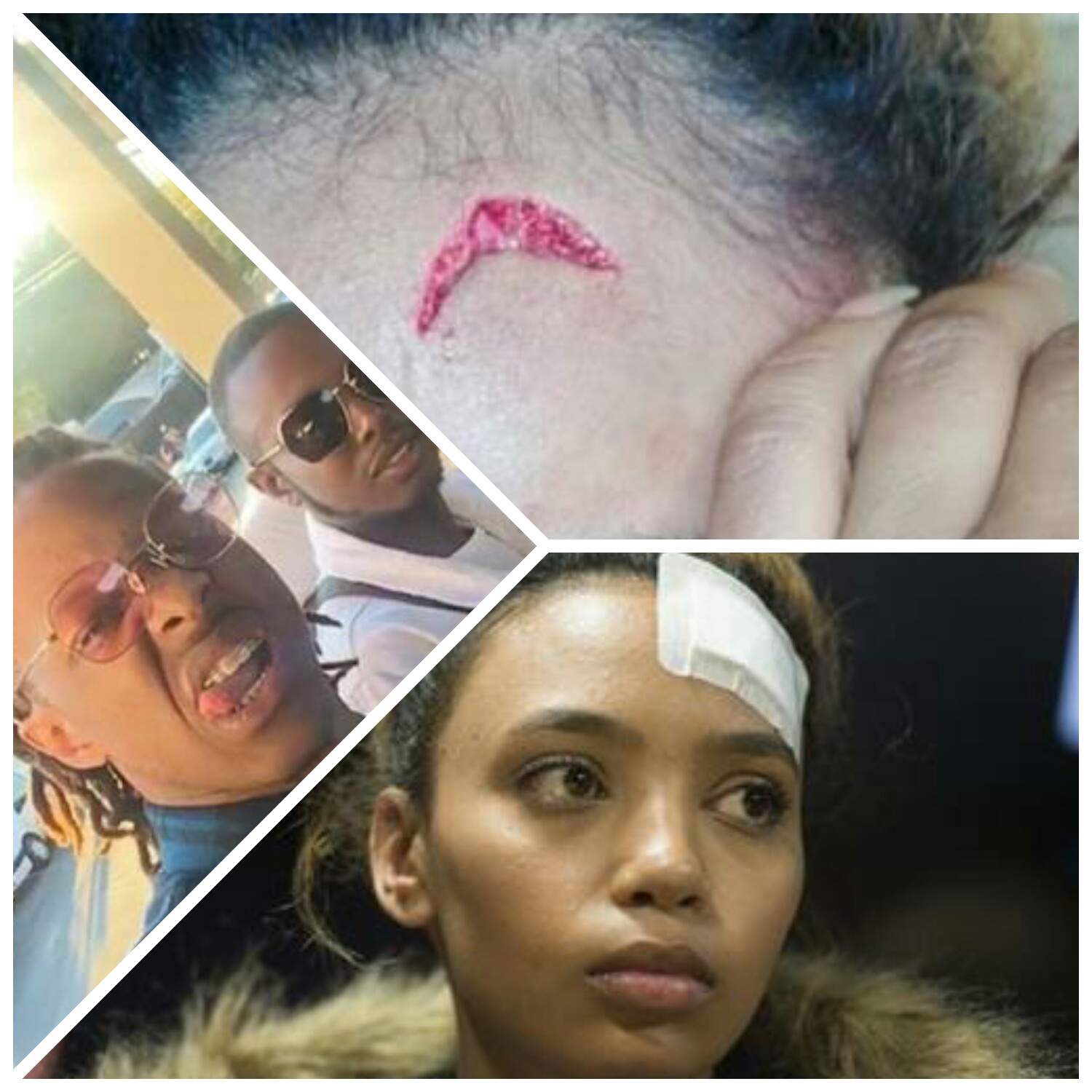 WHY did Grace Mugabe go berserk?

Rumours are beginning to emerge that she found her naughty boys with naked girls and drugs!

Sunday Sun has heard allegations that Grace caught the model and her two boys doing drugs – and freaked out.

She is said to have lashed model Gabriella Engels with an extension cord and plug, cutting her forehead open.


According to Zim-News.net, Grace deposed an affidavit at a police station, alleging that Gabriella was supplying high-end drugs to her two sons.

Grace claimed in her affidavit that her sons had state protection and couldn’t go out and buy drugs on their own.

So, they were using Gabriella.

Sunday Sun sources claimed Gabriella was involved in a nightclub brawl just one night before her explosive encounter with the out-of-control first lady.

“Gabriella is known as a party animal who gets troublesome when she’s drunk,” one source alleged.

Another added: “She hasn’t seen her mum for ages, but moved in with her after the Grace incident.”

According to police statements, Grace promised to hand herself over to police for arrest but never did.

Instead, she tried to invoke diplomatic immunity, presumably to prevent her arrest on an assault charge.

On Thursday, AfriForum told reporters that advocate Gerrie Nel, the renowned prosecutor who put Oscar Pistorius away for murder, would represent Gabriella.

He intends to pursue Mugabe.

Kriel said the allegations were ludicrous.

“Grace and Zim media are trying to spin the whole situation. If it was so, why did she ask for diplomatic immunity?” he asked.

Kriel said it’s also a lie that her sons were in the apartment.

“It was Gabriella and her two female friends inside. And Grace started assaulting her,” he said.

He said Grace did this as she cannot defend herself in court.

“Someone is trying to make the victim the perpetrator.

“She should stand for trial and prove herself in court,” he said.

Kriel said Grace’s actions were as good as an admission of guilt.

This week, police spokesperson Vish Naidoo told News24: “Our investigation is completed, but we received a note verbale which indicates that the suspect in the case applied for diplomatic immunity.”

Robert Jr and Chatunga could not be reached for comment.

Efforts to get hold of Grace failed.