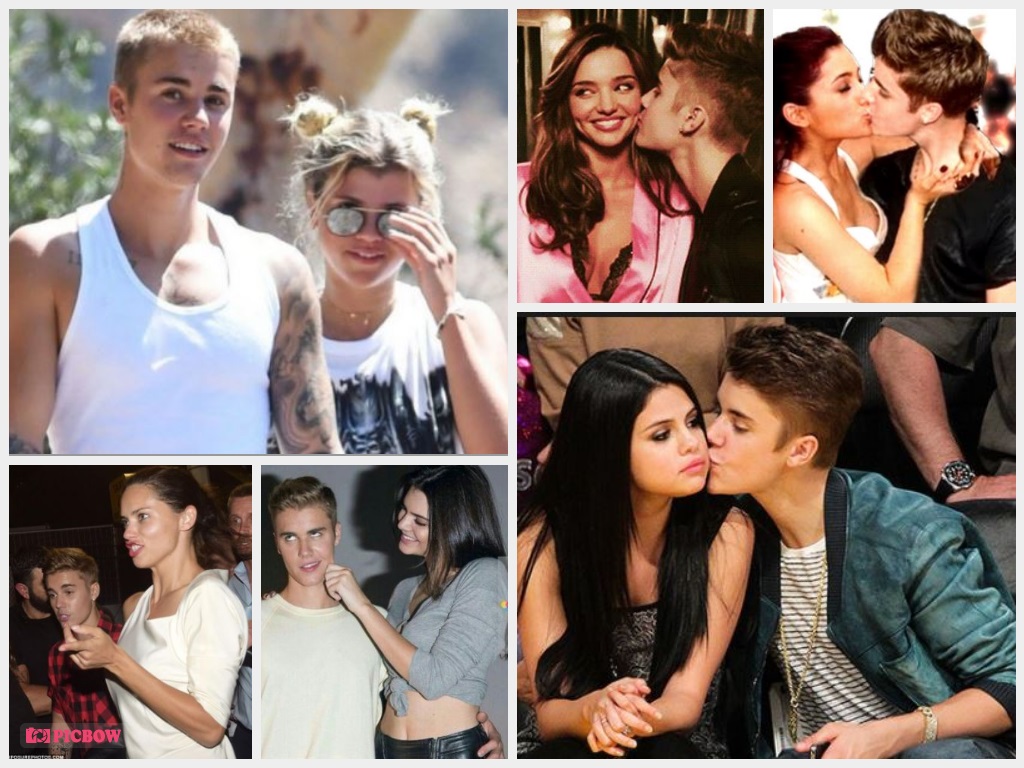 Canadian born pop star, Justin Bieber has over time grown to be a ladies man and in his very eventful carrer, he's had his fair share of scandals, controversies and of course women in his life.
Though he's not married or in any serious relationship at the moment, Justin has been romantically linked with some of the hottest girls in the American entertainmnet industry and the list is pretty interesting.

Ancient Gods: History of the World
Do humans matter? Do you think you re…
Advisors' Creative Solutions for Gett…
7 Best Straight Razors for a Sharp, C…
Is It Safe for Your Pregnant Patients… 1. Justin and Selena Gomez have spent almost 10 years trying to figure out where they stand. Over the years, Justin has been linked to many others, but Selena has been the biggest relationship of his life so far. His latest song 'Friends' has also been rumoured to be about her. 2. Justin and Adriana Lima. He began dating the Victoria Secret kodel in 2014 but he denied it. Then they were both spotted that year in Cannes, France but not alot has been heard about them ever since. 3. Justin and Sophia Richie: Fast rising model and daughter of legendary,Lionel Richie was spotted on the beach with Bieber and also made it to his Instagram which led American press to believe the two were an Item, they never responded to the news. 4. Justin and Kendall Jenner: These two were the subject of rumors for months Kendall maintained that Justin is just "a friend of the family." 5. Justin and Chantel Jeffries:  The model was hanging out with Bieber and friends when he was arested for DUI in 2014 in Miami. Their relationship lay dormant for a while, but in July 2016 Bieber gave her tickets to one of his shows at Madison Square Garden and they had a private movie date afterward. 6. Justin and Miranda Kerr: It was reported that Bieber pursued Kerr after meeting her in 2012, and they would text here and there over the years, but "she didn't entertain his attempts at making steady contact." Fast-forward to 2014, Bieber and Kerr's ex Orlando Bloom got into a fight in Ibiza, supposedly triggered by a remark Bieber made about Kerr. 7. Justin and Ariana Grande: Everyone dreams about a Justin Bieber and Ariana Grande romance. They’re both superstars, they’re the same age and they’re both cute and they would totally make the perfect couple but for now, they are still keeping it simple even though they've exchanged  couple of red carpet kisses.


This post first appeared on The Edge Search, please read the originial post: here
People also like
Ancient Gods: History of the World
Do humans matter? Do you think you really matter?
Advisors' Creative Solutions for Getting their Clients Tested Before Travel
7 Best Straight Razors for a Sharp, Close Shave (Ranked)
Is It Safe for Your Pregnant Patients to Have Botox?
Cybersecurity and Infosec News Headlines Update on March 02, 2022
The Friday Roundup – Color Theory, Motion Title Masks and More
Using Blockchain To Build A Startup Funding App Like GetEquity
Remember The Titans Movie Review
NBA TV Live Stream Free: Luka Doncic’s Mavericks vs Bucks