#GraceMugabe’s has bought R45m SA mansion in the affluent Sandhurst suburb of Joburg. 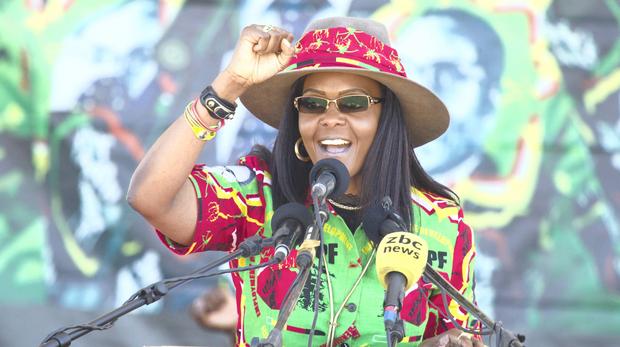 
The news come against the backdrop of a national outrage over allegations she assaulted a 20-year-old Joburg model she found with her two sons at a hotel on Sunday. She had flown into South Africa earlier in the day, just 24 hours after she had returned to Harare after medical treatment.

Sources close to the sale on Wednesday confirmed that the wife of the 93-year-old Zimbabwe leader Robert Mugabe bought the majestic property in February through a shelf company.

“It had been on the market for some time but was transferred in May this year,” said a northern suburbs property expert who asked not to be named. 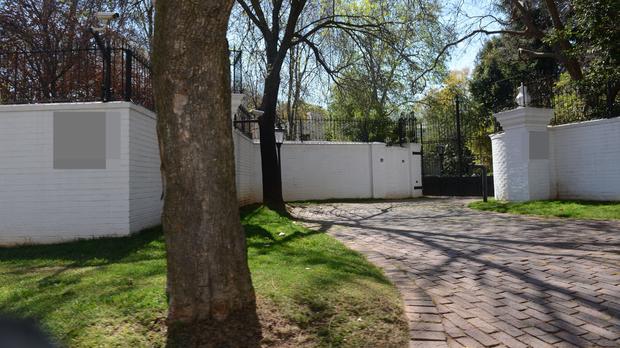 Property adverts for the home before its acquisition said: “It has rolling lawns, a summer house, koi pond and six reception rooms. It also has four bedrooms and four bathrooms, a two-bedroomed cottage, pool, etc.”

An estate agent who knows the property and asked not to be named, said it does need some renovations. Official documents on the transfer of the property show that Grace has spent about R45m on this 9 249m2 property, which is nearly double the size of most others in Sandhurst, a suburb redolent of money and extravagance.

Sandhurst is home to some of South Africa’s richest families as well as from oil-rich parts of Africa.

Property sources in the most elite part of the northern suburbs say the first lady is also interested in another property nearby valued at about R55m.Zimbabwe's First Lady Grace Mugabe Picture: AP

Grace, 52, is anxious like many Zimbabweans as the ruling Zanu-PF party is divided about the “succession issue”.

She is widely feared and disliked, particularly in the capital, Harare, but is seen as important in the succession battle to replace her ageing husband.

Earlier this year, Grace rented a mansion in Sandhurst on a year’s lease, and lived in it with her staff, during her trips to South Africa. This property, around the corner from her new mansion, is valued at about R25m, and was for sale for an extended period before she signed the lease. The owners of the property have left South Africa and are now living in Europe.

Zimbabwean security guards were on duty outside this mansion earlier this week, and there is a permanent van with security personnel parked opposite it.

Property experts in the area estimate she would be paying at least R150 000 a month in rent.

Her sons rented two flats in a plush hotel complex not far away.

They are known to frequent Joburg’s exclusive night clubs.

Tendai Biti, former finance minister during the inclusive government which ended in 2013, said Zimbabwe was “haemorrhaging” foreign currency. “The Zimbabwe state has been bled dry because of illicit financial flows which include massive spending by the first family when nearly 80% of the population is living in extreme poverty and more than 90% are unemployed.”

Brian Raftopoulos, a veteran political analyst and academic, said: “There is gross extortion of public funds and some of this is spent to protect the first family in the context of real uncertainty about the future of the succession.”

He said Grace’s exorbitant spending on property in South Africa indicated she was “uncertain about her future”.

She has spent considerable time in South Africa since she and her family quickly left their R500 000-per-month rented Dubai home earlier this year after her sons, Robert jr, 25, and Bellarmine Chatunga, 21, allegedly had to leave in a hurry.

The sons then moved to Joburg and were recently kicked out of a R70 000-a-month flat they rented in Rivonia after a drunken brawl which left a security guard injured.

President Mugabe jetted into the country on Wednesday to defuse a potential diplomatic fallout over the assault allegations.

As the public pushed for her arrest, Minister of Police Fikile Mbalula said Grace’s lawyers and government representatives made verbal representations to investigators that she wished to invoke diplomatic immunity.

“Subsequently, the government of Zimbabwe dispatched a diplomatic note verbale to the Department of International Relations and Co-operation invoking said cover.”

According to Mbalula, Grace is still in the country, while her itinerary includes participation at the Southern African Development Community Heads of States Summit and Bilateral Diplomatic Meetings in Pretoria.

“Discussions with the suspect’s lawyers and Zimbabwean High Commission representatives are taking place to make sure that the suspect is processed through the legal system.”

Zimbabwe’s central bank has not answered questions about payment of Grace’s properties here.

#GraceMugabe’s has bought R45m SA mansion in the affluent Sandhurst suburb of Joburg.