'He is the one': Witness identifies Manana as assault video surfaces 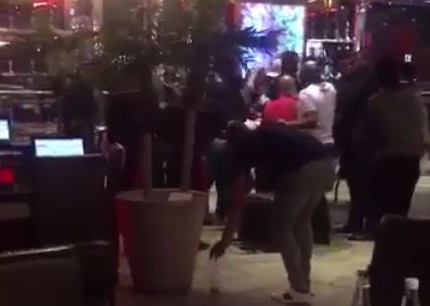 Deputy Minister of Higher Education and Training Mduduzi Manana has been identified in a video where he seems to be assaulting a woman at Cubana restaurant on Sunday morning.

The incident transpired around 3am after the restaurant at Cedar Square in Fourways had closed. Manana is accused of losing his cool after a debate on who should succeed President Jacob Zuma at the ANC's elective conference in December.

Mandisa Duma‚ who was with her friend and cousin at the restaurant‚ claimed that she was with Manana and his four friends inside the Cubana when Manana chased them out of the venue.

Duma claimed that while walking out Manana slapped her cousin across the face after she made a comment about his sexuality before turning on her in the parking lot.

A video clip of the incident circulated social media on Monday morning.

Digital Assets Weaken US Sanctions Re…

"I've got the video in front of me and I can tell you now that Manana is wearing the cap with the white tip at the front. He is the one who can be seen beating the woman countless times‚" Jimlongo told TimesLIVE.

In the video‚ the deputy minister can be seen wearing a black t-shirt and a black and white cap.

Three men can be seen dragging one of the women down as she tries to get up while bouncers can be seen standing by and not intervening in the 14-second video.
LISTEN: Deputy minister Mdu Manana admits to slapping woman in club


The woman can be heard asking the men four times‚ "What are you doing?" before the video cuts.

"My issue is that everybody else was kicked out but the guys who had perpetrated this thing‚ it was business as usual. They can't f*ck around with CCTV footage because once it's at that stage‚ the police are going to want it‚" Jimlongo said.

Duma has opened a case at the Douglasdale police station and obtained a case number. TimesLIVE was unable to establish whether the other women had done the same.

Police Minister Fikile Mbalula also confirmed that the incident happened and said Manana was not above the law and would therefore not be given special treatment.

'He is the one': Witness identifies Manana as assault video surfaces