Trevor Noah is not Death “Fake News. I shot them,” Trevor tweeted 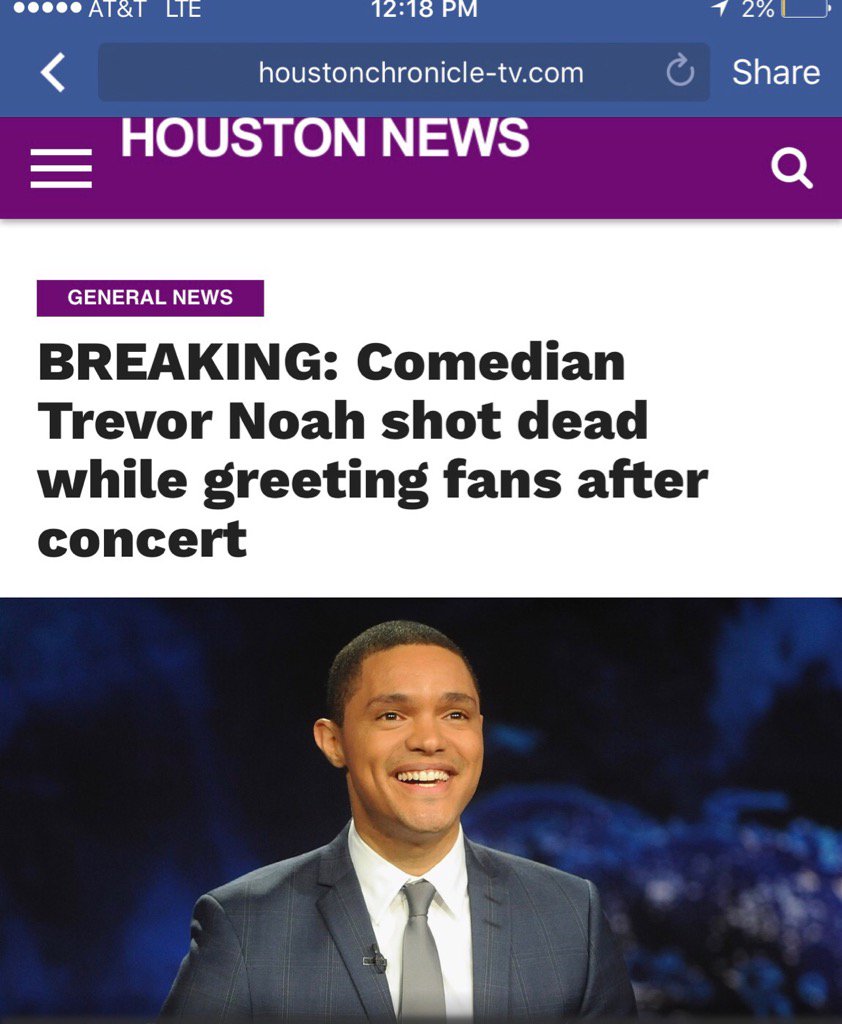 Trevor Noah Hilariously Responds To Death Hoax Rumors! The comedian was recently hit with Fake News about him having had been ‘shot dead whilst greeting fans at a concert’.

Trevor took to twitter to shut down the fake news in the only way he knows how -comedy. “Fake News. I shot them,” Trevor tweeted.

This post first appeared on The Edge Search, please read the originial post: here
People also like
Afloral – Latest Offers
Statement from the Office of U.S. Agriculture Secretary Tom Vilsack
Jay-Z Claps Back At Faizon Love’s Claim That His Drug Dealing Past Was Fake
How to Soften a Beard: 6 Effective Tips & Methods

Trevor Noah is not Death “Fake News. I shot them,” Trevor tweeted