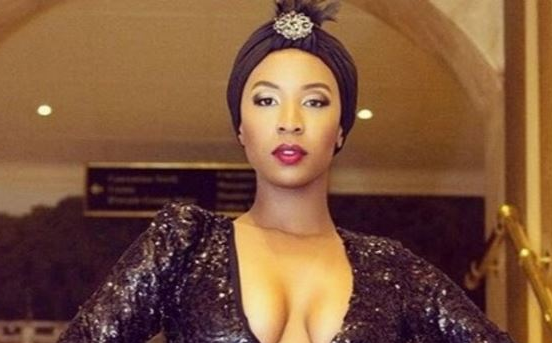 Actress Chi Mhende is showing off her talent for acting in a play called Chasing Chairs.

The show opened at Market Theatre in Newtown, Joburg on 14 July and will run until 6 August.

She has been the talk of the town since she played a transgender woman in Generations: The Legacy.

Many were convinced she was a man until the storyline evolved.

The actress said theatre is close to her heart.

“But I would never choose theatre over TV or film work because they all mean something to me and allow me to show my talent.”

Chi plays the role of Kat in the play.

“The role is exciting because I get to show something close to my heart.
“I allow myself to feel vulnerable and feminine.

“I reveal a side of me that displays my sensitivity as a woman and an artist.”

The show, directed by Sue-Pam Grant, is set against the backdrop of a city and society shaken by the pain of transformation.

Kat and her partner Simon experience their own problems as they try to understand the consequences of an event that will have a huge impact on their lives.

Also Read: “Disappearing airtime” is real – We have the proof from MTN, Vodacom, Cell C, and Telkom

The Zimbabwean-born actress said she has starred in theatre productions such as Special Thanks to Guests from Afar, Aladdin, Midsummer Night’s Dream and Othello.