Beware: International “one ring” missed calls can cost you hundreds of rand 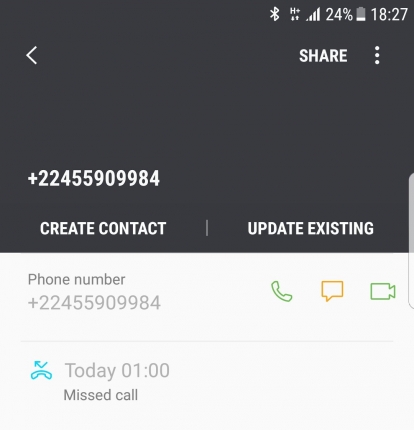 South Africans have taken to social media to complain about receiving Missed Calls from international numbers ranging from Guinea to Belgium.
Those who returned the Missed calls found that they had been billed exorbitant amounts, even if they were only on the line for a short time.

Crunchyroll – How to Watch Anime Onli…
Best Low Acid Coffees That Won’t Upse…
“Someone just told me she called back a missed call from Guinea and got charged R780 for a few seconds!” social media law specialist Emma Sadleir reported on Twitter.
MTN has told MyBroadband that this is the resurgence of an old scam that originated in Japan known as Wangiri.
Wangiri literally translates to “one and cut”, implying that the phone is allowed to ring once before cutting the call.
Computers randomly dial numbers and drop the calls in the hope that unsuspecting victims will return them, only to be billed at premium rates.
“Our investigation has found that some of these numbers are designed to prolong customers to stay longer on the line by a recorded ring-tone or a long recorded message,” MTN said.
Vodacom sent out an advisory about the surge in Wangiri fraud today, and told its clients not to return calls from unknown international numbers.

What is being done?

MTN said that it is monitoring these calls daily and is suspending the ranges so that customers cannot dial these numbers back.
It is also working with carrier services and originating operators to clamp down on this fraud.
Clients may block numbers known to be involved in Wangiri fraud. Smartphone applications such as Truecaller can help in providing a block list of known spammers and scam callers.
MTN also advised that subscribers should refrain from returning missed calls from unknown international numbers.
It encouraged customers to report any numbers they detect to MTN so that MTN can authenticate them and block them on its network.

Beware: International “one ring” missed calls can cost you hundreds of rand