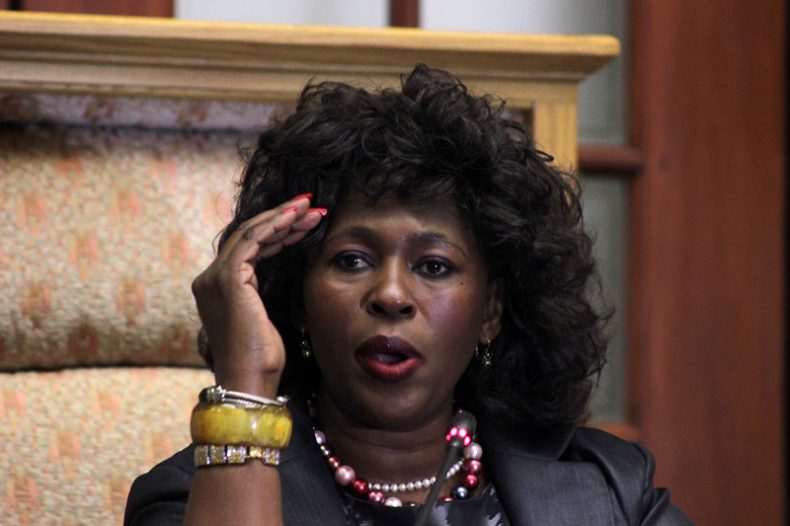 The outspoken ANC MP has also denied sleeping with married men and joining the DA following her criticism of the ruling party.

ANC MP Makhosi Khoza has taken to social media to clarify information that has been circulating about her personal life. Following her husband’s death in late 1998 when she was 28 years old, there had been rumours that Khoza killed him and had since been sleeping with married men. “This is all rubbish,” she recently wrote.
“Empty heads have the high capacity of generating lies. Corrupt minds are intolerant of facts and truth. These insults emanate from souls with no content. They are simply there to silence me.
“Those who have no content and substance accuse me of all sort of things. They are generating lies. They are not my response. I have no smallanyana skeletons in my closet. I’m unfazed.”
Khoza said people who have been spreading these lies against her are the same ones who have threatened to kill her. After exposing their ill plans, they tried everything to silence her and now accuse her of having joined the DA, she said.
“I’m not supporting the opposition. I remain a loyal and informed member of the ANC. I’m supporting the people who marched on the 7 April 2017 [anti-Zuma marches]. I’m supporting South Africans. South Africans are my motive forces not counter revolutionaries,” she said.
Her refusal to support inconsistencies in the ANC has landed her in insults and condemnation, she said, though she still will not allow the Ruling Party to be “defaced in my watch”.
“I refuse to allow the ANC of Nelson Mandela, Lillian Ngoyi, Ahmed Kathrada be synonymous with corruption.”
Khoza will reportedly be charged by Anc Kzn on Tuesday after her criticism of the ruling party and calls for President Jacob Zuma to step down.
“They’ll charge me because I refuse to die in silence.
“The unknown legal status ANC KZN is not just charging Makhosi Khoza, it is intimidating the ANC MPs who are like me sick and tired of defending wrongdoing. This is about ensuring specific outcomes on the 8 August 2017 [no-confidence motion],” she said.
Following her public criticism of the ANC, the party’s chief whip Jackson Mthembu called her ill-disciplined, with Police Minister Fikile Mbalula referring to her as a “suicide bomber”.
Khoza said the ruling party was officially in “dictatorship” because currently, “choosing the people over amoral leadership is treasonous.”
Read her full posts below:
Also read: