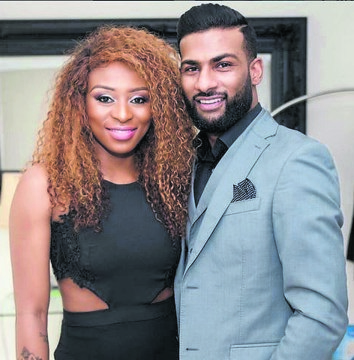 IT’S been a week of on-and-off for DJ Zinhle and her bae Brendan Naidoo.

This as the heartthrob, once rumoured to be her replacement for rapper AKA, was allegedly kicked to the curb a few weeks ago.

But insiders claimed he’d managed to find his way back into her heart this week.

But then the fed-up DJ Zinhle sent her knight in shining armour packing once again, sources claim.

Though not clear when the split happened, the SunTeam understands it was mere weeks after the couple had weathered his alleged fraud case.

Said the first source: “Zinhle stood by him during tough times.

“But all of a sudden, things have taken a nosedive.”

A second mole said the DJ was allegedly staying with her close pal, Pearl Thusi.

“She’s nursing a broken heart. Kaloku, Zinhle moved out of her Sandton rental in Bryanston because her fraudster boyfriend was supposedly building her a house. Kanti, dololohouse,” the source said.

“So, she went to stay at an Airbnb in Fourways, north of Jozi, for about two months before moving in with Pearl.

“Zinhle’s friend is rumoured back in Mzansi because the US series Quantico, in which she acted, has allegedly ended.”

A third source insisted: “Zinhle is now working on getting her own place.”

Both DJ Zinhle and Brendan could not be reached for comment and they also failed to respond to SMSes at the time of going to press.