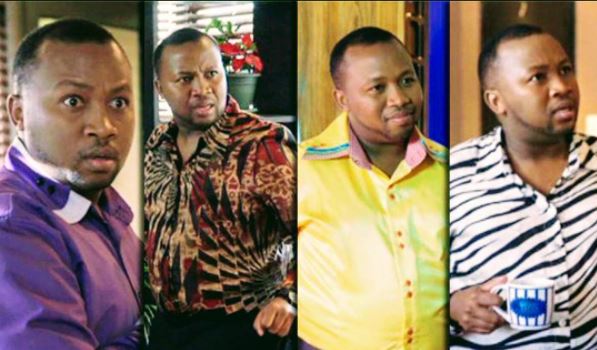 AWARD-WINNING Actor Mandla Gaduka is worried that his weight is going to one day stand in the way of getting certain roles. Even though the Broken Vows actor managed to shed about 20kg more than five years ago, he says he picked up some more when he couldn’t manage his weight. HIS WEIGHT ISSUES He says he won’t lie because when he lost the weight on the dance competition show Dance Your Butt Off back then, he felt wonderful.

Top 10 Sites to watch Telugu Movies O…
How To Make a Girl Horny: 11 Simple T…
Download Cartoon HD Apk V3.0.3 - Watc…
Adam Lawson interview I The EIGHTH, u…
Comparison of Symmetric Encryption Me…
At the time he was quoted as saying, “I wanted to lose weight for my health. I also wanted to see if I could score some new challenges in this career.”
Even though he won’t get into detail about how much weight he’s picked up now, he has no one but himself to blame for it. He reveals that he tries to be as active as possible but it’s no walk in the park.
“Losing weight was the greatest thing ever. It showed me that I am able to lose weight. I lost weight very quickly but when it came back it was more,” he says.
Mandla posted a picture from when he was still in primary school and he was skinny on his social media page. “When I was in standard four (Grade 6) I started to balloon,” he shares.
PRODUCERS RAISE ALARM
The 33-year-old, who shot to fame when he joined the cast of Generations as Choppa, is mindful that he works in a vain industry and his physique can be his downfall.
“I am always mindful of how I look. There are days when I feel the pressure, but at the moment my weight has not really been much of a hurdle,” he says.
After losing the weight he said that he was not losing weight because of producers. But now he is revealing that some producers have told him that they will give him a role because he’s good but they warned that he shouldn’t gain any more weight.
WHY HE WILL NOT GET MARRIED
Despite currently acting in a TV series, Broken Vows, which is set against the background of wedding business, Mandla has other ideas about marriage.
He says he currently has no prospects of tying the knot anytime soon. He says it would take a special person for him to walk down the aisle.
“Marriage has become more of a choice and we’re open to the idea of not getting married these days,” he explains. But Mandla hasn’t ruled it out altogether.
“It will take someone to have me smitten enough to call the newspapers and tell them I’m getting married,” he says with laughter.