Watch: The damning video in which Panayiotou meets with Luthando Siyoni 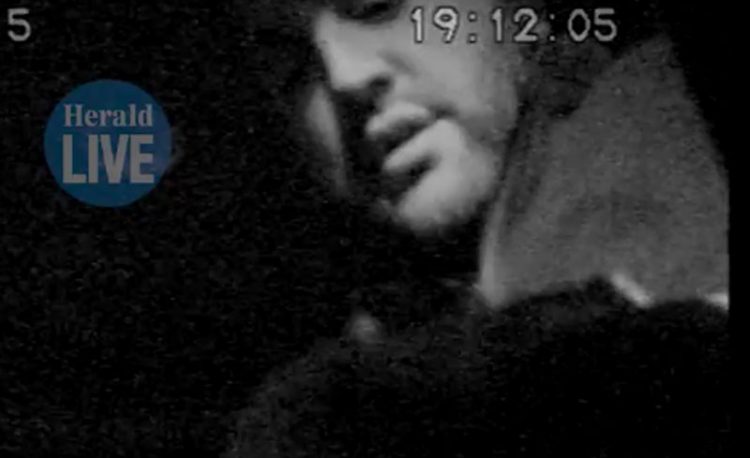 A video recording in which Christopher Panayiotou allegedly implicated himself in his wife’s murder, was ruled admissible by Judge Dayalin Chetty in the Port Elizabeth High Court on Monday

The trial-within-a-trial dealt with the admissibility of an undercover police sting operation where the businessman allegedly implicated himself in his schoolteacher wife Jayde’s murder.

It is alleged that Panayiotou hired bouncer Luthando Siyoni, to recruit hitmen to kidnap and murder Jayde.

Panayiotou also allegedly gave the bouncer R2 000 and told him to destroy his phone so that police could not trace it.
On Wednesday morning, the court viewed the video, and the transcript of the conversation between Panayiotou and Siyoni.

Siyoni told Panayiotou that he was worried as his girlfriend had alerted him to the fact that the police were at his house. In the video, Panayiotou asks Siyoni if he thought “these guys” had talked. Siyoni says that they are on the run, and definitely wouldn’t have talked to police.

Siyoni tells Panayiotou that he’s changed his SIM card, and that he would give Panayiotou a call on the new number. Panayiotou tells him not to try to get in touch.

Panayiotou then allegedly hands over money to Siyoni, who says “How much is it?”. Panayiotou replies “It’s plus-minus five” – referring to five thousand rand.
Panayiotou then questions Siyoni about his arrest by the cops

“Did they ask anything about me or if I’m involved with anything?” Siyoni replies that they hadn’t.

Panayiotou tells Siyoni to destroy his new phone and SIM card. He then searches him for a wire.

“It became kidnapping and a murder instead of just making it a robbery outside the house,” says Panayiotou.

He then tells Siyoni that he will have to report their phone calls to the police in order to avoid suspicion.

“If I lie to them they are going to take me in. So I’m telling you. In half an hour I am going to phone the investigating officer. He was at my house now now, that’s why I can’t talk to you all the time, and my uncle is all around me. So I’m going to tell them … that you came to see me wanting to borrow money because people took you for questioning for steroids. You need to go and hide in Jeffreys for a while and keep quiet.”
‘Hide in Jeffreys Bay’

Panayiotou then tells Siyoni to hide out in Jeffreys Bay, and that he will tell police that he was headed for East London. He also tells Siyoni that he can’t hand over any more money as people are getting suspicious around him.

He refers to the five thousand rand saying, “There is about five there, you sort yourself out. I’m all out now, this thing has cost me a lot of money. The family is also looking at me. These boys made it big. I told you to let them do it outside the house and take the bags and the rings and then they didn’t take the watch or anything.”
Watch the video below:

(Apologies for the poor audio quality)
The edited conversation that follows comes from a sting operation set up by the police to trap Panayiotou:
TS: Things aren’t right now.
CP: Why?
TS: — Babalwa called me and said the police was there at my house. Everything is changing now.

Watch: The damning video in which Panayiotou meets with Luthando Siyoni