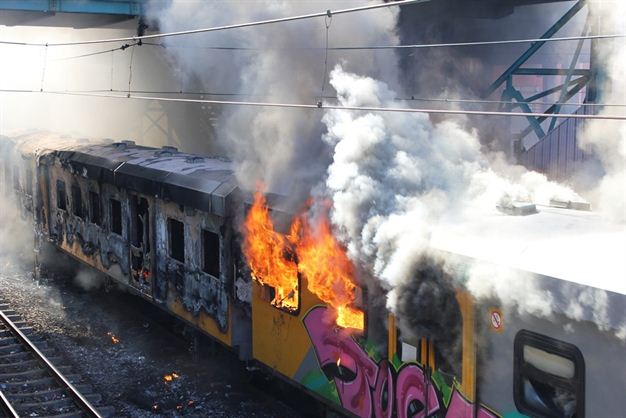 Thick black smoke could be seen billowing from the station a train was set alight on platform 15.
Metrorail spokesperson Riana Scott said there were some service problems.
Earlier, in a series of notices on Twitter, Metrorail announced delays of about an hour between Salt River and Woodstock on the Southern line, technical problems at Maitland and Woltemade on the Northern line, and technical problems between Ysterplaat and Esplanade.

@Just_ONeill tweeted: ''Ok guys, this is a riot happening here at the train station because of the delayed trains,'' and added a video of crowds gathered on the concourse.


This post first appeared on The Edge Search, please read the originial post: here
People also like
Cambridge Mask – Face Mask For Traveling with Peace of Mind
A Guide To Visiting Antigua, Guatemala: The Best 5 Things To Do And See
Beard Bib – Solution For Messy Grooming