Amber Rose  reshared an extremely NSFW photo of herself on social media initially posted on Friday, June 9, to promote her third annual SlutWalk. 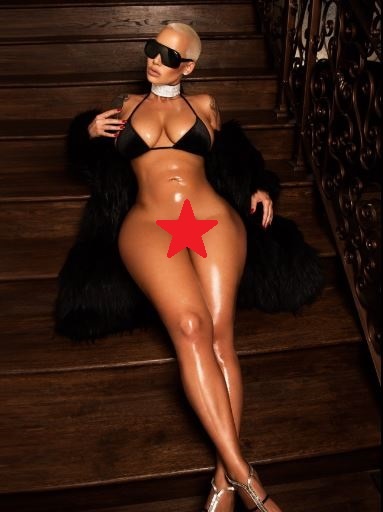 In the picture, the model, 33, lounges on a staircase, wearing only a black fur coat and a black bikini top. She is completely naked from the waist down, putting her lady parts and pubic hair on full display for the camera. On Twitter, she captioned the picture, "#amberroseslutwalk."

It’s Me – Chapter 12
Don’t Forget to Brush Your Fur
How much does Drake make in a year
Latest Cryptocurrency News and Update…
Poor Man’s Covered Call (KBE)
Rose also shared the NSFW snap on Instagram, though the photo-sharing service quickly removed it as it violated the no-nudity policy. The talk-show host was unbothered by Instagram's decision to take down the picture, though. "When IG deletes ur fire ass feminist post but you really don't give a f--k because everyone picked it up already," she captioned a video of herself rolling her eyes, adding the hashtag #bringbackthebush.