5 things we know about Skolopad: #SAMA23

SAMAS: The woman in the yellow dress strikes again! 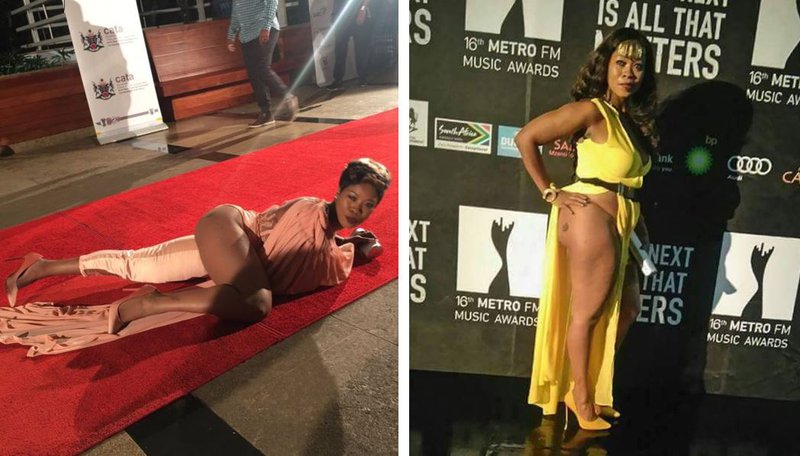 This time the woman, known as Skolopad, not only showed of her ASSets but she literally leopard-crawled her way onto the red carpet.

She quickly became the talk of the town during the South African Music Awards at Sun City over the past weekend, but who is she really?

5 things we know about Skolopad:

- Her real name is Nonhlanhla Qwabe.
- She embraces her body, but that we know.
- She is a dancer, performer and a house kwaito artist, according to her Instagram account.
- She hails from Qwa Qwa in the Free State, and her stage name is Skolopad
- According to Times Live Skolopad is a professional nurse who also doubles up as a house DJ.

Check out the photos of her entrance at the South African Music Awards:

5 things we know about Skolopad: #SAMA23