Babes and Mampintsha are beyond furious over their SAMAs loss 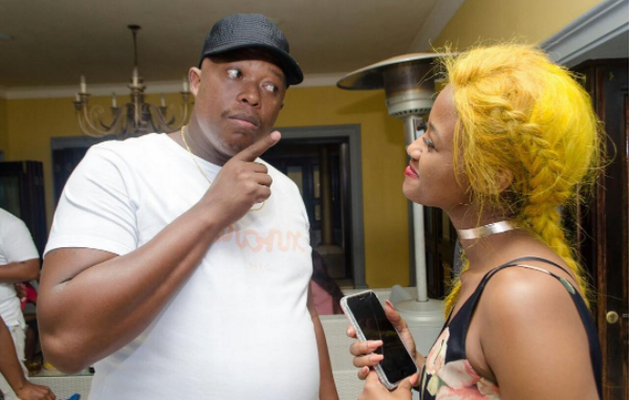 After a disappointing night for the Wololo hitmaker, both Babes and Mampintsha could not hold back their anger and frustrations.

Babes took to social to vent over not winning any awards for her music. She said that she "refuses to believe" that her song can be played and trend as it did but not receive any award.
She added that she is being recognised by international brands such as BET but failing to win even one award in SA is bizzare.

"Everyone saw what happened at the Metros has happened at the SAMAs. These awards are sold. Continue buying the awards. But it's fine, we won't starve. I will always be Babes Wodumo and Mampintsha will remain Mampintsha," Babes said.

He accused them of being jealous. [Caution: Strong language is used in the below video]

Anti-SAMAs rapper Cassper Nyovest sympathised with the pair, claiming he knows how they feel.

This is painful to watch. Aye man, This is why I stay away from the SAMAs. I know this feeling. It's heavy!! Very very heavy!!! Nna ke shap https://t.co/wJTZmFCA4m

How To Grow Spiritually
Contest
Best French Press Travel Mugs for Tas…
Adam Lawson interview I The EIGHTH, u…
The Legendary Mechanical Timepiece Si…
— Abuti Fill Up (@CassperNyovest) May 27, 2017

Prior to the show Babes said she would boycott music awards if she didn't walk away with a trophy. Host Somizi made fun of her earlier comments and she trended all night on Twitter.

Babes and Mampintsha are beyond furious over their SAMAs loss