When will it end? #Manchester Stars #PrayForManchester 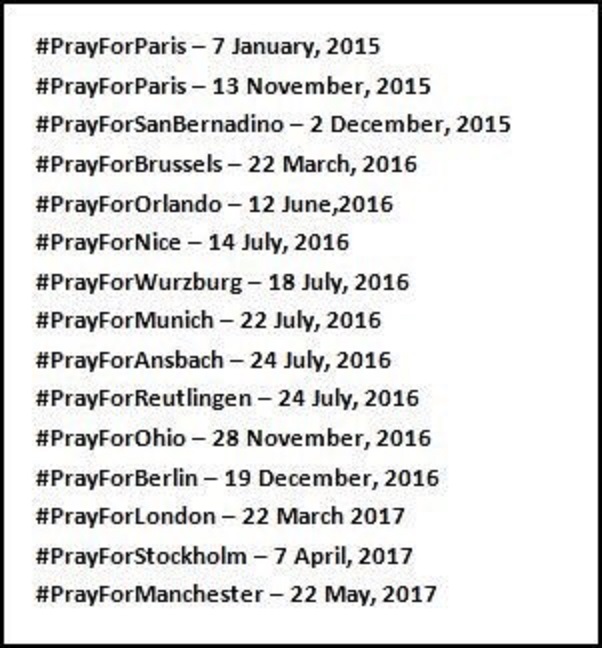 Performers from across the world of pop music have reacted to the deadly explosion at an Ariana Grande concert in the Manchester Arena on Monday night.

My Biased Repp Sports Raze Energy Dri…
What Do Rehab Centres Offer?
A Balanced Response to Allen Gwinn
Cybersecurity secrets that hackers do…
Carpenter Ants in House
Here is a selection of some of their statements on social media:
My thoughts, prayers and tears for all those affected by the Manchester tragedy tonight. I'm sending all my love.

every musician feels sick & responsible tonight—shows should be safe for you. truly a worst nightmare. sending love to manchester & ari

— Lorde (@lorde) May 23, 2017My heart hurts for my sister, Ariana & every family affected by this tragic event in the U.K. Innocent lives lost. I'm so sorry to hear this


— KATY PERRY (@katyperry) May 22, 2017
Sending prayers to @ArianaGrande & all those who are with her also. I know this has to be difficult & heartbreaking for everyone😔🙏🏾


— Missy Elliott (@MissyElliott) May 23, 2017
I'm heartbroken over what happened in Manchester tonight.
Sending love to everyone involved. H


— Harry Styles. (@Harry_Styles) May 23, 2017
Thoughts and prayers to people at @ArianaGrande concert in Manchester. Devastated 🙏


— OneRepublic (@OneRepublic) May 23, 2017
Sending love to the U.K., @ArianaGrande and all of her supporters who were caught up in this awful attack. Heartbreaking.


— John Legend (@johnlegend) May 23, 2017Sending love to the U.K., @ArianaGrande and all of her supporters who were caught up in this awful attack. Heartbreaking.

This post first appeared on The Edge Search, please read the originial post: here
People also like
My Biased Repp Sports Raze Energy Drink Review (I’ve Tried Over 10 Flavors)
What Do Rehab Centres Offer?
A Balanced Response to Allen Gwinn
Cybersecurity secrets that hackers don’t want you to know in 2021
Carpenter Ants in House
How to Exchange ETH to BTC Without Going Crazy Over It
Music Profile: Crissi Cochrane - Soul Singer Songwriter - Ontario, Canada | SRL Networks London Music PR
“The Friend Who May Not Seem a Friend” – The Cat and the Fire, Post 2 of 3

When will it end? #Manchester Stars #PrayForManchester