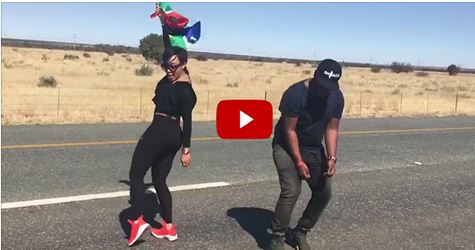 Thando Thabethe is popularly known as Nolwazi on Generations the legacy. She is a talented actress who has a great experience in the TV industry. She has been part of a few local TV productions over the years and has been growing each time she gets a role in her career. She joined Generations the legacy in 2015.

What Will Happen to Flash Games?
How to Start Your Profitable Online B…
Interior Color Trends of 2020
Two strikes against me and the day is…
3 Things People Always Remember
Apart from being an actress Thando is also a Radio DJ. She kick started her TV career with a chance on Club 808 as a presenter. Club 808 is a music show. She also presented a talent search show SA’s next big DJ and music producer. She has been on shows as Mzansi Love, Kasi Style, Intersections, My Perfect Family, and Kowethu.
As Nolwazi on generations the legacy, she finds herself as being a second choice to Mazwi her boyfriend who is also facing challenges with the Moroka family costumes. Nolwazi has been in and out of love with Mazwi and has had it hard as Mazwi is currently married to Sphe because of his family elders who forced him to do so to protect the Moroka legacy.
On the other hand Nolwazi was also given an opportunity to marry Mazwi which she did not use as she was not sure if the marriage would work as the Moroka elders were not approving their marriage. Now Nolwazi and Mazwi are lovers and the family is aware of that as they are only awaiting the correct time for them to tie the knot.
Catch Thando Thabethe as Nolwazi on Generations the legacy weekdays at 20h00 on SABC 1.