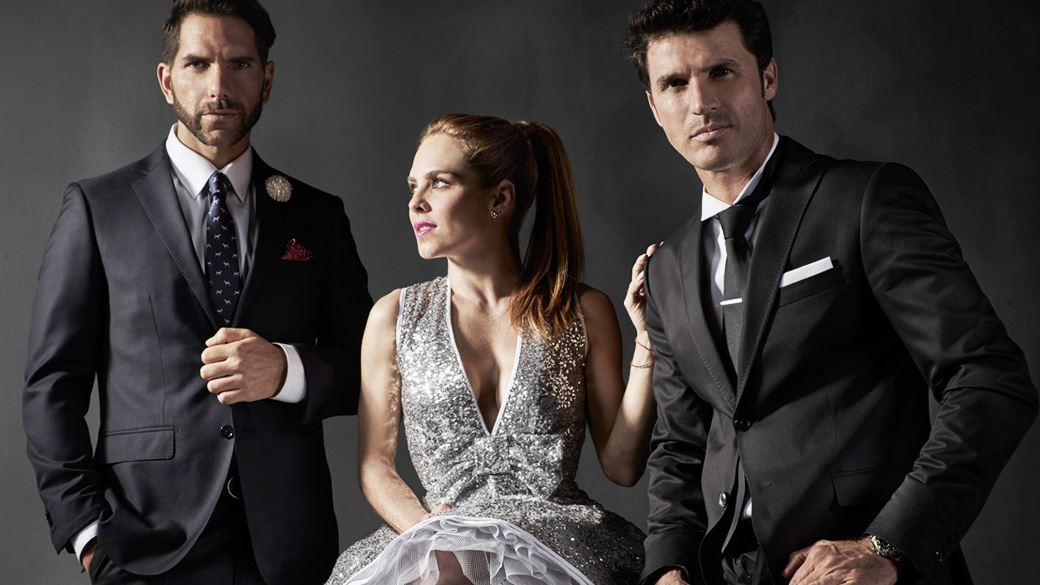 Mia clashes with Bruno and states that she will gather evidence to put him in jail for the murder of her mother Francisca, the cook of his grandfather's ranch.

Mia agrees to give their love a chance, but Alberto feels guilty whenever he thinks about Oriana, their alleged child and his friendship with David.

Terrible news reaches Oriana and in her despair she looks for Alberto. She makes the most of this encounter to ask him to give their relationship one last go.

David is just in time to save Mia from the man attacking her. During the struggle, David realises that the man using a balaclava is no other than Tony.

Tony cannot show his face in a police station, for this reason he intends to stop David at all costs. Raul is sure Noelia is Santana's accomplice.

Teresa knows she is losing Eloy, but she doesn't know if she is ready to be his wife. Elsewhere, Tony suggests to Altagracia they enjoy the vast fortune left by Jesus.

Mia arrives home to find Mary next to Raul, the girl's hands are covered in blood and all she says is that she did it to stop Raul from taking baby Nancy away.

David has a fight with his mom Altagracia when she fingers Mia as a criminal. Down in the state prison, Mia starts experiencing a new dimension of evil and injustice.

It is time for Mia to go to court for attacking Licha, a violent inmate. David hopes to get his beloved fiancée out on bail, but Bruno is busy following Silvia's orders.

Oriana is furious when Alberto stands her up over the feeling he has about Mia's safety. He is so concerned that he asks his friend Agent Jaime to help him see her.

Licha is grateful when Mia saves her from Mendez and her enemies, but defeat is something the ruthless wardress cannot admit.

Mendez takes Mia to the infirmary with the sole intention of hurting her. Luckily, David is in the nick of time to encourage the Director to mobilise a search team.

Mia's joy over being released is clouded the second her sister Mary walks down the prison's hallway. Mia knows someone is paying to make their lives unbearable.

Mary says that she killed Raul and not Mia. After drugs are found under Mia's bed, she will have to stay behind bars throughout the investigation.

Engulfed by desperation, Noelia threatens Bruno by saying she has the last will and testament he longs to destroy.

Bruno walks in just when Carolina is on the edge of revealing the truth about her relationship with Rafael to Rene. Elsewhere, Mia and Mary are released from prison.

Bruno threatens Noelia that he will hurt her family. Elsewhere, Eloy asks Teresa to run away with him, but she states nothing will separate her from her family.

Mia's plan is in motion and David is afraid what Bruno might do against Mia when he realises that the last will and testament doesn't exist.

Mia can't stand being near Altagracia any more, she asks David to let her and her family leave his mansion. David confronts his mother, but none of them will give in.

Alberto reaches Mia's candy shop to say goodbye to her. Her heart breaks when he states that he will ask Oriana to move with him to another country.

Alberto informs his friend, Agent Jaime, that he will take care of the only witness that can testify against Bruno on the attempted homicide against him.

Mary saves Santiago, Rafael's son, from the violent man chasing after him. Meanwhile, Mia is afraid of what her innocent sister did for a stranger.

Bruno shows up at his cousin's doorstep to create a ruckus. As retaliation, Bruno tells their son Rene that his mother Carolina ran away with her lover.


Premiere episodes of Tanto Amor air on EVA from Mondays to Fridays at 21h00.