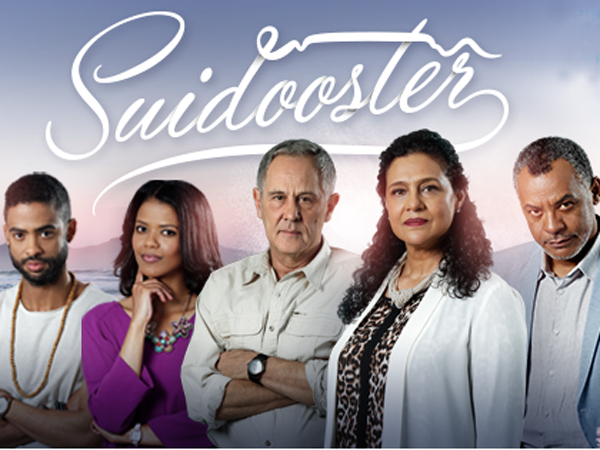 Carmen moves in with the Du Plooys and Danni wonders if there is something brewing between her and Tim. Bianca is touched to see how much the people of Ruiterbosch love her and Stella, while AB has to decide how to take care of Mymoena.

The Samsodiens’ joy after Mymoena’s awakening is short-lived. Bianca fears her decision to stay in Ruiterbosch will upset Estelle, while Bridgette learns that Lee-Ann and Mrs J want to get to know Carmen better.

Ian offers Carmen a job but Rhafiek and Stefan warn her against him. Bianca suspects her mom doesn’t trust her with Stella, and Rhafiek's twin brother Rhiyaaz (played by Anton Jeftha)* eventually visits Mymoena.

Bianca realises Estelle is hiding something big from her and Carmen. Rhafiek confronts Rhiyaaz about his conduct and habits.

Rhiyaaz finds it hard to keep hiding his secret lifestyle. Danielle has to decide whether she’s ready for the next step in her and Justin’s relationship.

Michelle is urgently looking for Stefan when he doesn't return home the previous night. AB has good news to share with his family, but also an awkward favour to ask Estelle.

Estelle and Mymoena meet for the first time, and AB is very worried that it might have a negative impact on his wife’s recovery. Justin has to make up for the impromptu party, while Rhiyaaz shocks his brother.

Mrs J wants to keep her family together, but it is easier said than done. The Samsodiens argue about the secret they should tell Mymoena.

Mymoena struggles with new information about her accident, while Rhiyaaz can’t hide his life choices from AB any longer. Danielle realises she has feelings for Tim.

AB and Rhiyaaz have a big fallout, while Danielle needs to choose between Tim and Justin. Mrs J finds out that Mymoena is overwhelmed with guilt and decides to intervene.

Zoe’s presence is a constant thorn in Ian’s side, especially when Bridgette uses the situation to teach him a lesson. Tim tells Danielle how he feels about her but her reaction leaves him even more confused.

AB feels guilty for having lost his temper with his sons. Bianca asks Carmen to take care of Stella during office hours, while Danielle is still upset after Tim kissed her.

Bianca feels pressurized and considers going back to work earlier than planned. Danni realises where her love actually lies.

Danielle realises she needs to tell Justin about her new romance with Tim before it can officially begin. Michelle has a confession, and Rhiyaaz gets a nasty surprise upon waking.

Mymoena fears that she won’t see Stella’s first big moments. Justins struggles with life after Danni, and Rhafiek tries to convince Rhiyaaz to speak to their parents.

Stefan tries to console Michelle after their bad news, but fails. Estelle annoys Mymoena, while AB tries to accept Rhiyaaz’s decisions, but can’t.

Rhiyaaz realises he doesn’t fit in anywhere, while Bianca gets a harsh pep talk from Carmen. Michelle is on an emotional rollercoaster and Bridgette becomes suspicious of Zoe’s motives.


Coming up on Suidooster this June 2017:

Zoe has a fallout with the Octobers but then finds out where the fault really lies. Mymoena is tired of feeling useless and goes out shopping, but she runs into Ian.

Mymoena is upset because everyone is putting restrictions on her. Stefan wants to talk to Michelle about alternative options to have a baby, and Bridgette confronts Ian again about Zoe.

Peace returns to the Samsodien household, until Estelle shows up. The Octobers organise a braai but Ian’s attitude threatens to derail the festivities. Bianca is suddenly confronted with her past.

The Samsodiens are worried about Rhiyaaz returning to London alone. Michelle gains new insight into her situation, and Carmen has a solution to Zoe’s sudden unemployment woes.

Mymoena plans a surprise for the Samsodiens, while the Gerbers have their own family issues. Bianca is worried about her two mothers, and Justin suffers from writer’s block.

Estelle and Mymoena’s fighting reaches boiling point. Danielle is shaken by Justin’s song and Stefan attempts to have an important conversation with Michelle.

Mymoena tries to reconcile with Bianca, who has a difficult decision to make. Stefan and Michelle differ about surrogacy or adoption, while a furious Danielle confronts Justin after his radio interview.

Mymoena and AB are still processing Bianca’s news. Bridgette is ready to take Carmen to task, and Michelle realises how much effort Stefan puts into helping her work through her trauma.

Bianca is leaving for the farm and Mymoena is beside herself. Danni apologises to Justin but he’s only interested in his next gig.

Both Justin and Carmen are chastised. The Gerbers are investigating baby options, while Ian outsmarts Bridgette.

Mymoena asserts her independence, while Tim lashes out at Justin for allowing Danni to suffer under his fans. Ian’s takeover of Suidooster is put into gear, but he needs Bridgette and Tim’s help.

Tim and Bridgette put Ian’s plan in motion to get Carmen on board for the lifestyle centre. The Gerbers realise surrogacy is going to be more difficult than they imagined, and Lee-Ann is on the war path again.

Justin feels the pressure of having to write another hit and Carmen puts her foot down regarding the centre’s planned upgrade. Bianca receives a letter that could turn her life upside down.

Justin is desperately looking for inspiration for his new song and surprises Tim with a strange request. Zoe makes an effort with Wayde but Bridgette comes between them. The Gerbers get a call from the clinic...

Bianca struggles to share her disturbing news with anyone, while Michelle and Stefan start looking for a surrogate. Zoe decides to give Wade another chance...

Ian finds it strange that Lee-Ann suddenly has a large sum of money to invest in the development. Justin comes to a shocking realisation about his new song, while AB’s reaction to Derrick’s demands surprises Bianca.

The Gerbers receive good news regarding a potential surrogate, but the Octobers get bad news about the plans for the centre. AB is bent on helping Bianca with Derick, as Siya is with Kim.