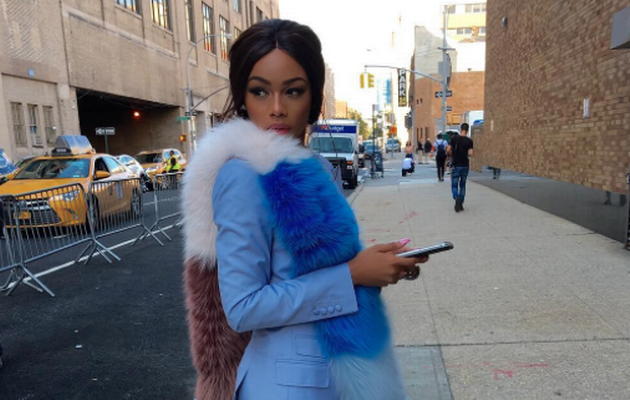 The trouble started when Bonang took to Twitter to share her disappointment with the food being served on the airline.

@flysaa we don't like the couscous. Also that meal with the stew. Please hey. Also the funny cheese platter what what. Please. https://t.co/9kXxfqEzHF
— Bonang B* Matheba (@bonang_m) April 18, 2017

The airline cheekily responded to B's complaint saying that no one else had complained about the food.

10 of the best pubs in Wales with out…
Easy DIY Speckled Mermaid Cupcakes
Why I Chose to Be Vaccinated Against …
What Is the Worst Credit Score?
Unique Mode of Cancer Cell Migration …
— FlySAA Care (@flysaa_care) April 18, 2017

Bonang was not amused and hit back at the airline, calling it trash.

Her comments went viral and split Twitter as users rushed to defend Bonang, while some defended SAA.
They made their feelings known through hilarious jokes and memes.

Mara Bonang is also a customer so she must not complain when she's not satisfied with the service she's getting? Haibo pic.twitter.com/8qwM5yczDv
— Nomfundo Roberto (@iiam_Ndo) April 19, 2017

Bonang has the right to complain. But the response is SAVAGE! pic.twitter.com/JeV1dxpfwb
— DKing (@IM_KING_Dee) April 19, 2017

Meanwhile, fellow TV personality Lerato Kganyago defended the airline saying that it was trying its best.

@Mthumero lol remember SAA is struggling, they've lost over 10.5 billion over the past years, they honestly trying their level best...
— leratokganyago (@leratokganyago) April 18, 2017

@Mthumero Even though they may seem dodgy, they still the best Airline in Africa, we obviously can't compare them to countries that LIVE on oil...lol
— leratokganyago (@leratokganyago) April 18, 2017

This post first appeared on The Edge Search, please read the originial post: here
People also like
10 of the best pubs in Wales with outdoor space
Easy DIY Speckled Mermaid Cupcakes
Why I Chose to Be Vaccinated Against COVID-19
What Is the Worst Credit Score?
Unique Mode of Cancer Cell Migration Observed on Soft and Squishy Surfaces