Queen Sesoko is on good terms with Arthur Mafokate 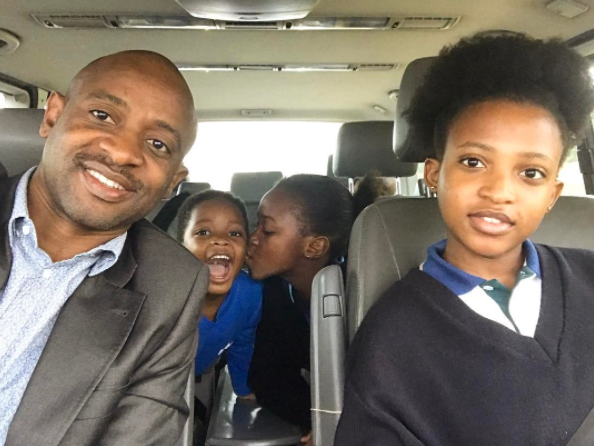 The former Kwaito star now turned Gospel singer disappeared from the limelight for several years but since her Abashante days, Queen has turned a new leaf on life.


By now we've all come to learn that Queen has become a very God-fearing woman who has dedicated her life to the church and to God and with a new Gospel album coming from her real soon life is nothing but a bliss for Queen.

In the past years, we've heard numerous rumours that Queen and Arthur Mafokate were not on good terms, especially when it came to sharing custody of their daughter, Owami.

But according to Queen, she and Arthur are on good terms.

Speaking to Move Magazine, Queen explained that she and Arthur are good and that she has nothing but respect for the father of her child.

"It's been almost 15 years since Arthur and I parted ways, surely there is no one who can hold a grudge against anyone for that long, unless he is the devil himself. Arthur and I are on good terms continuous anger, bitterness and unforgiveness would have destroyed us by now and it would not have been good for our daughter too. We were never enemies. I just think things were blown out of proportion." Said Queen

Her daughter, Owami who lives with Arthur has a good relationship with Queen as well. Queen explained that although she does not see Owami as often as possible they are the best of friends and love one another, she has also thanked Arthur for not allowing any woman to take her place as Owami's mother and deeply respects him for doing so.
Instagram


This post first appeared on The Edge Search, please read the originial post: here
People also like
The Sign of Four
How to Get Rid of Ants
Short Happiness Quotes From Famous and Unknown People
Cooking and Selling Chicken Sopas
Rowlene – Stop Remix ft Nasty C
Types of Kisses to Spice Up Your Sex Life
Soatok’s Guide to Side-Channel Attacks
Decade Defining Rap Songs Of The 2010s [2010 – 2019]
Lady Hester Stanhope: meet the trailblazing Queen of the Desert
Dolly Parton Releases New Song “When Life is Good Again” About The End of the Pandemic
Green Arrow: The Archer Quest I One of the most underrated stories regarding the Emerald Archer

Queen Sesoko is on good terms with Arthur Mafokate