Cristiano Ronaldo might be 31, but he's clearly aging like fine wine after his double in last night's incredible win over Bayern Munich at the Allianz Arena ensured he broke a new record- as he became the first footballer to score 100 goals in UEFA club competitions. But Ronaldo at this stage shouldn't be seen as a mere footballer, he should be referred to as the modern day 'god' of football, and this amazing records held by the Real Madrid/Portugal star can only prove this. 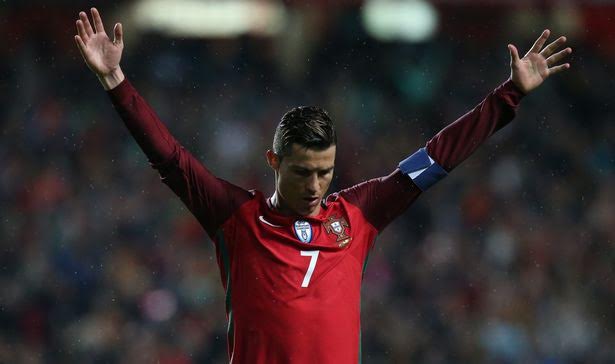 1.) He's the most followed athlete/sports man on Instagram
With a following of 97 million fans on social media site, Instagram, Ronaldo is the perfect brand for any company to work with, as his followership ranks with the likes of Beyonce, Justin Bieber, Kim Kardashian and other top Hollywood celebrities. 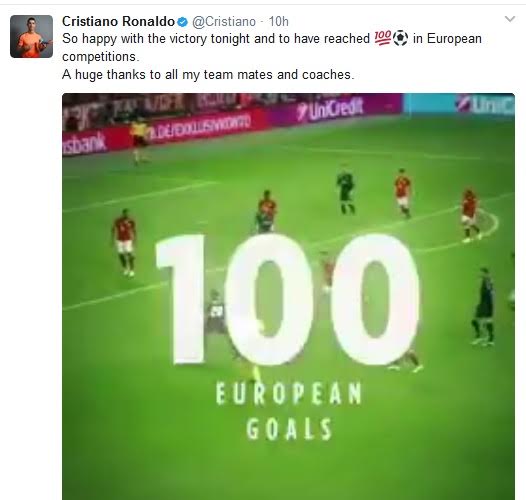 3.) First and only player to win league titles, Club World Cup, the national cup, the national Super Cup, Champions League, League Player of the Year, the Golden Boot and the Ballon d'Or while at 2 different clubs.
Ronaldo while at Man U and even at Real Madridwon league titles, the community shield, the FA cup and the Champions league. He's also won the Ballon D'or, Golden boot (highest goalscorer) and player of the year awards while at both clubs. His legacy will never be forgotten!


4.) Most followed athlete on Twitter
Ronaldo, always updating his fans with the latest happenings in his career boasts a Twitter following of 51 million, Urmm that's 17 million more than his closest rival, NBA star, LeBron James. Another reason why the corporate world associates with his brand more than any other athlete. 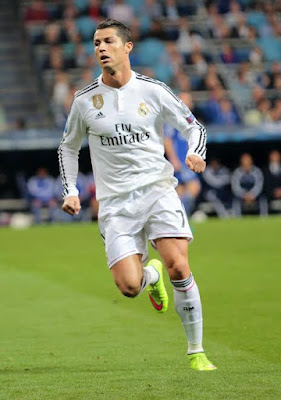 So happy with the victory tonight and to have reached 💯⚽ in European competitions.
A huge thanks to all my team mates and coaches. pic.twitter.com/sCamfVFwvE
— Cristiano Ronaldo (@Cristiano) April 13, 2017