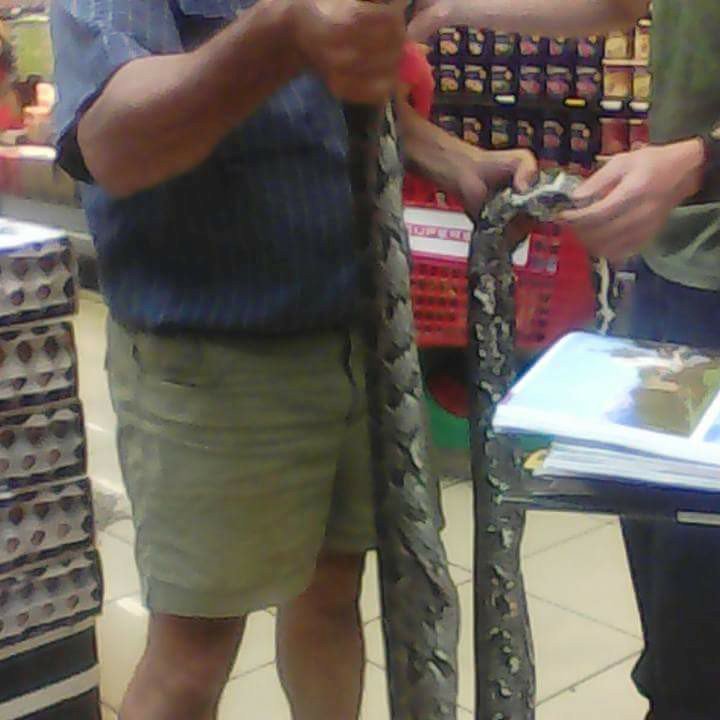 If you a lover of yoghurt you might want avoid reaching for it when in a Mpulanganga Spar. A merchandiser recently found what is said to a python snake at the Komatipoort Spar in Mpumalanga on Friday. Pics! A 4metre snake found in Spar supermarket fridge.

“It got stuck in the fridge. It could have come through the roof or the drains, we have a lot of bush behind the shops, and there are snakes there,” Spar manager Martie Esnouf told News24.

“When a snake ends up in the fridge, its organs start shutting down and it could take up to 48 hours for it to be back to normal,” she said.

The snake is said to have been released into the nearby Kruger National Park. “The last thing we would do is hurt the poor python,” she said. 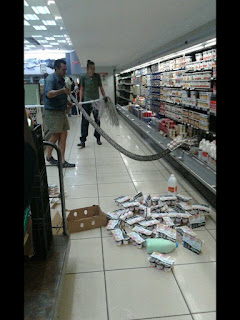 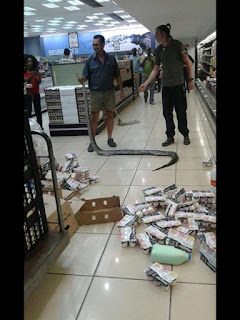