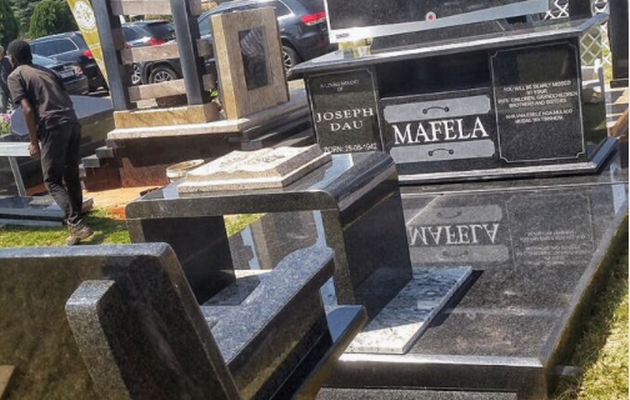 Twitter has reacted with mixed emotions over the unveiling of Joe Mafela's Tombstone which is a replica of a living room setup.

The flashy tombstone is a complete marble living room with a Plasma TV, a TV stand, a couch and holds a digital biography of Joe's life.

The unveiling of the one-of-a-kind tombstone has created quite a buzz on social media, with fans commenting on how it embodied the actor's life.

The Mafela family have been unavailable for comment on the inspiration behind the tombstone, which forms part of the actor's legacy.

The veteran actor was laid to rest at Westpark Cemetery on Wednesday afternoon after an emotional funeral service filled with song, dance and tribute.

Joe died on 18 March after being involved in a car crash in Johannesburg.