MY BLIND ALFRED IS A GIANT IN BED! 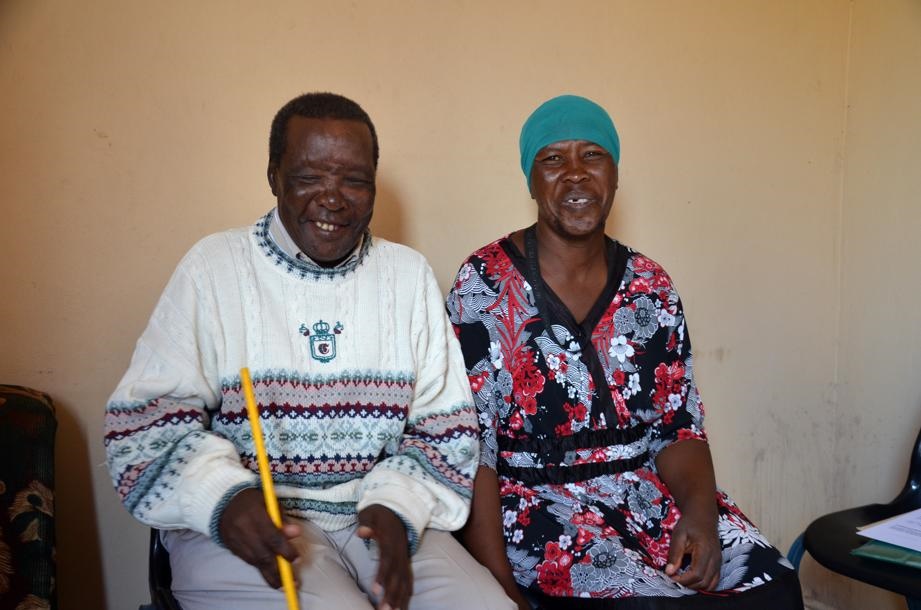 MAMA Elizabeth has dated other men, and those past experiences left her believing sex wasn’t that big a deal . . .
But then her eyes were opened by her sex-machine madala – who is blind!
Elizabeth Tsotetsi (44) from Finetown, south of Joburg, said her sex life was sad until she met madala Alfred Tsotetsi (69) in 2009.

It's Time To Rebuild
Robotime Rolife Nanci Blind Box Actio…
The Reality of Sexual Pleasure
THE ENEMY OF THE UNLIVED MEANINGLESS …
Hong Kong’s First Case Of A Luxury Ho…
“It’s been a wonderful eight years,” a smiling Elizabeth told Daily Sun, praising her husband.
“He also has a very good sense of humour. With him, I’m never bored.”
Blushing about their sex life, Elizabeth said her blind husband was a giant in bed.
“No one compares to him.”
She said they met in 2009 when she was a domestic worker and Alfred used to hang out at her friend’s place.
“We would talk for hours, laughing.”
Soon she was helping the blind madala. “I would walk with him to the shops or even the toilet. We got very close.”
Then Alfred asked her to be his permanent caretaker. “We fell in love,” she said.
Alfred said that although he is blind, he takes good care of himself.
“I eat healthily and take walks, but apart from that being active has been in me ever since I was young,” he joked.
Alfred and Elizabeth have a good life together. The only thing troubling them is that they don’t have a place of their own.
“We hope someone could help us with a house.”
They don’t have kids yet, but they are working on having at least two.


This post first appeared on The Edge Search, please read the originial post: here
People also like
It's Time To Rebuild
Robotime Rolife Nanci Blind Box Action Figure Toy Chinese Women Animal Fairy Girls Dolls Girls Gift For Children Friends
The Reality of Sexual Pleasure
THE ENEMY OF THE UNLIVED MEANINGLESS LIFE
Hong Kong’s First Case Of A Luxury House With A Value Of Over 100 Million Having Serious Quality Problems, While The Government Fails To Act
6 Catholic paintings app
After Years of Being Ignored, the Countries That Know Putin’s Russia the Best Have Been Proved Totally Right
Ntokzin – Music In Me ALBUM
Madame Tussauds Museum, San Francisco

MY BLIND ALFRED IS A GIANT IN BED!