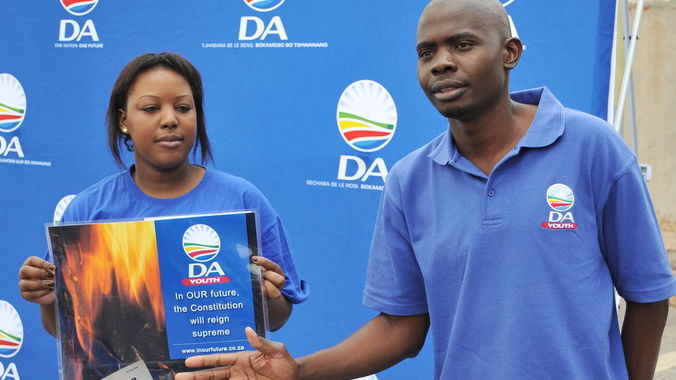 Zille is known for her provocative tweets which have often raised the ire of many black South Africans on Twitter.
“At this point in time‚ I want to highlight that this matter has been referred to our own internal disciplinary process that will seek to investigate that particular matter‚” said Maimane.

Las nuevas aventuras de Ric Hochet
Review: ‘Trouble’ Scott Van Zen
Bracelet Jonc
ALBUM: Sun-EL Musician – To The World…
What Options Do Furloughed Workers Ha…
When asked if he wanted to direct a comment to Zille he declined citing the investigation.
“It’s incumbent on all of us as South Africans‚ if we want to build a South Africa for all – black‚ white‚ Indian and coloured - we need to all come around and understand the history and pain of all South Africans‚” he said.
Maimane said her tweets amounted to a breach of the DA’s social media policy‚ hence it was referred for an investigation by the party’s legal commission.
Zille had to apologise after causing a stir she tweeted that people who claimed the legacy of colonialism was only negative should think “of our independent judiciary‚ transport infrastructure‚ piped water etc.”
“Would we have had a transition into specialised health care and medication without colonial influence? Just be honest‚ please‚” she wrote in a second tweet.
But the DA leader Mmusi Maimane and the party spokesperson Phumzile Van Damme differed with Zille’s view.
“Let's make this clear: Colonialism‚ like Apartheid‚ was a system of oppression and subjugation. It can never be justified‚” tweeted Maimane.
Van Damme also expressed a similar sentiment.
“Colonialism was a crime against humanity. There isn't a single aspect of it that can be said to be positive or beneficial to Africans‚” said Van Damme.
Asked for an official comment‚ she told The Times to use her tweet as she was currently in a meeting.
Shortly after the two tweets‚ Zille apologised for view.
“I apologise unreservedly for a tweet that may have come across as a defence of colonialism. It was not‚” she tweeted
Mbali Ntuli‚ the party’s former youth leader and current MPL at the KwaZulu-Natal legislature‚ was the first prominent DA leader to called Zille out.
“It was ONLY negative!!Colonialism=development argument is trash as those subjugated can attest to (sic)‚” she tweeted in reply to Zille.
“It's like saying Nazism was good for German democracy and their advancements in technology‚” added Ntuli.
But Zille‚ replying to another twitter user‚ @GrahamDowns‚ she said: “I do not know what positive Hitler produced. He stoked up nationalism and authoritarianism and genocide‚ and destruction.”
Other twitter users‚ like @Lazola_Ndamase‚ said the judicial system Zille was colonial.
“The judicial system is colonial hence it sends blacks to jail & leaves land thieves & apartheid murderers untouched‚” he replied.
@NomalangaSA replied “Im sure next youll tell Jews to look at the positive side of Nazi Germany... we cant trust you ma'm (sic).”
@Kobbibrwn‚ was not as polite‚ saying “thats fucked up helen. whats good infrastructure gon do for me when im oppressed (sic).”
But Zille replied: “Do you think life would be better without infrastructure?” 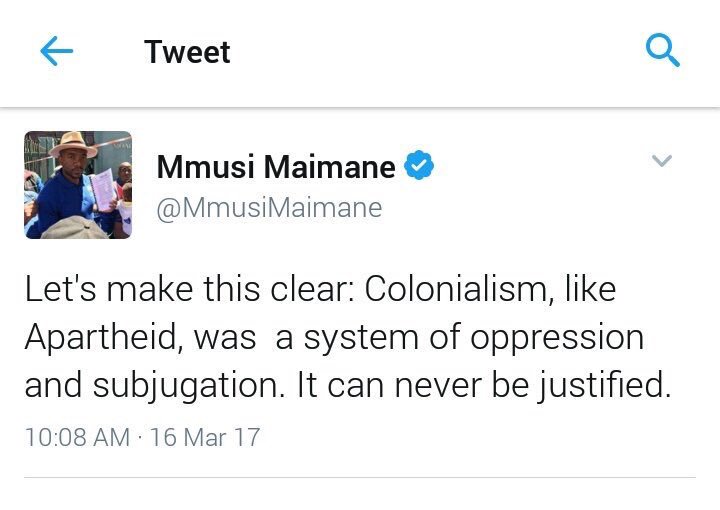 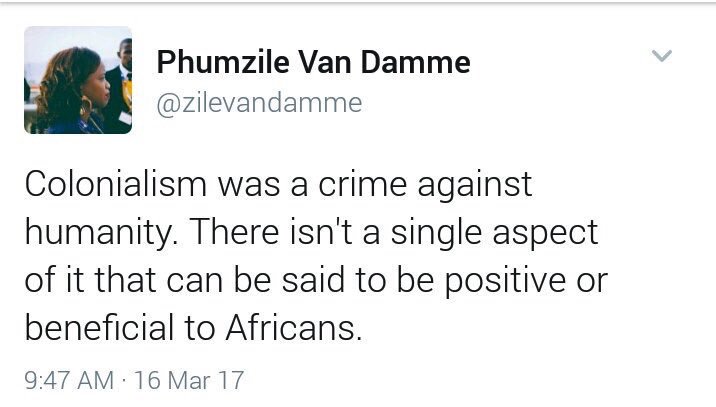 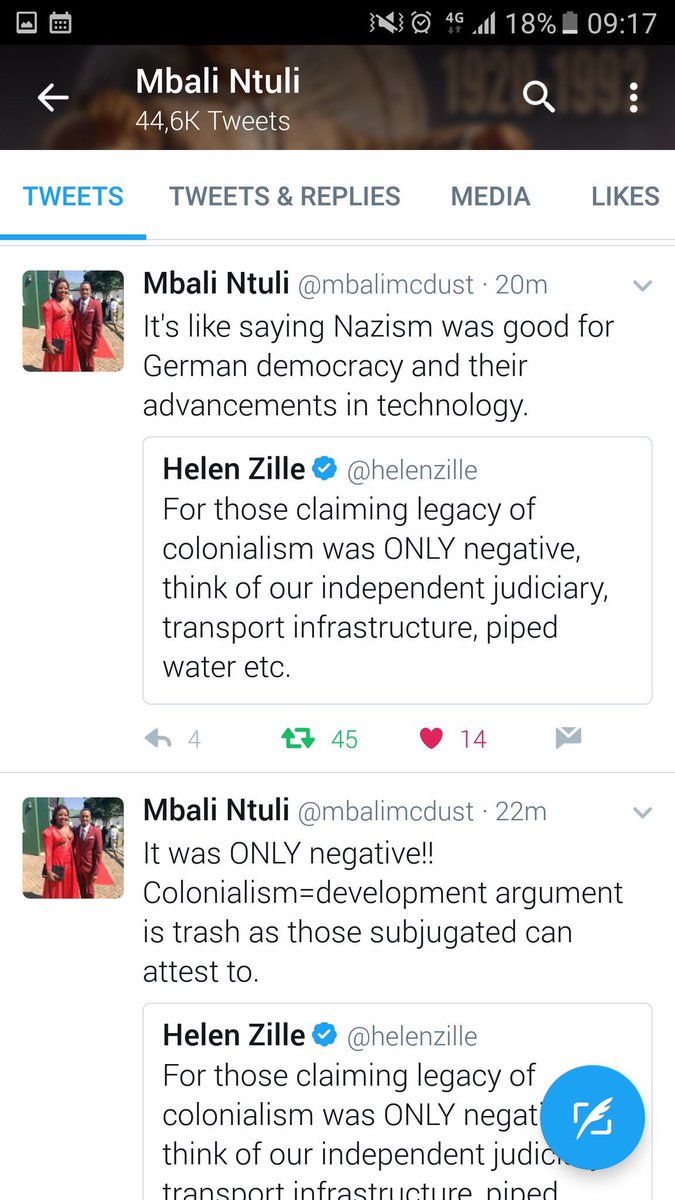