Nasty C and his fans spit in the face of Dr Malinga #MM16 and Mabala Noise saga continues.... 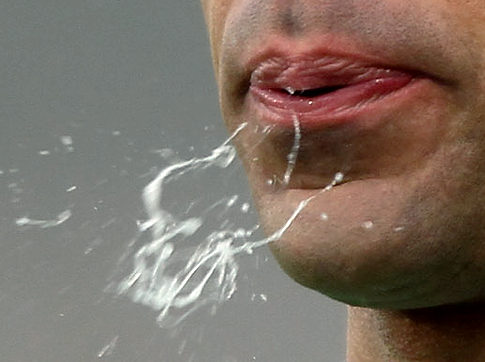 After tweeting Nasty C a below the belt comment, Dr. Malinga became a target, as fans of the rapper reprimanded the man about his tweet. 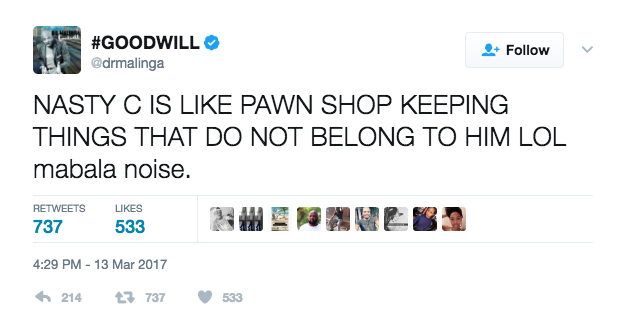 The situation between Mabala Noise Entertainment and Riky Rick is rearing its ugly head once again and unfortunately, the drama is also affecting the other artists of the stable.

Just recently, Mabala Noise artist, Letoya Makhene was accused of using witchcraft in ensuring that Mabala Noise stays afloat, and now Nasty C has been the latest artist from Mabala Noise to be bullied on social media.

Dr. Malinga rubbed off Nasty C and his fans the wrong way when he insinuated that the rapper was hogging the Metro FM Awards he received.

The tweet was probably in response to the alleged hacking of Metro FM servers which revealed the "real" winners of the Metro FM Awards.

The SABC has since rubbished the Metro FM hackings.
Malinga's tweets took many of Nasty C's fans by surprise even fellow rapper, Aewon Wolf requested for Malinga to keep Nasty's name out of this entire ordeal.

haters will hate for whatever reason. I wasn't made for Everyone to believe in.
— Nasty_C (@Nasty_CSA) March 15, 2017

Ppl I really respect are asking me to reconsider how I deal with things like this. I don't take back anything I said.. just where I said it.
— Nasty_C (@Nasty_CSA) March 15, 2017

He's fans also then had a choice of words for Dr Malinga.

Dr Malinga is the reason why we don't want our parents on twitter.
— Toruk Macto (@GoitseDiale) March 15, 2017

Nasty C and his fans spit in the face of Dr Malinga #MM16 and Mabala Noise saga continues....