We saw a tweet about someone hacking the Metro FM servers and finding out who the real #MMA16 winners were but we ignored it because this is SA and such things don't happen. ... or so we thought.

A twitter user by the name, SA Hip Hop Mag (not to be confused with local hip hop blog SAHipHopMag.co.za) sent out tweets of images of what looks like the back end of Metro FM's site to uncover who the real winners of the 16th annual Metro FM music awards were. 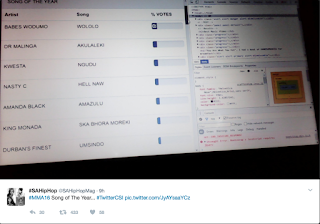 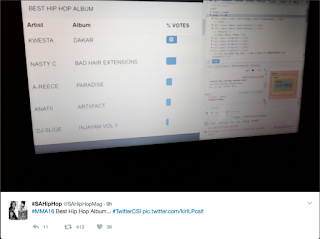 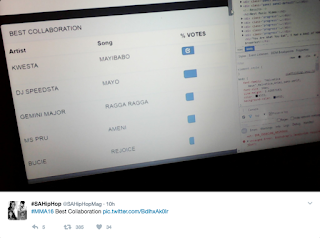 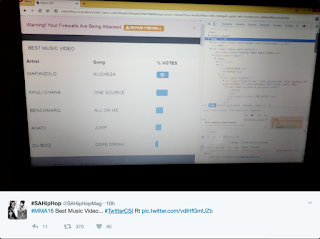 What you lock your DMs for now @SiyaFromFinance? Give us more info... we'll take it to the streets FAM!
— #SAHipHop (@SAHipHopMag) March 13, 2017

Metro FM is yet to release a statement and we cannot yet verify the veracity of these claims but we'll be sure to keep you posted as the story develops. Share your thoughts with us on social media.
Read: Riky Rick confirms he's no longer part of Mabala Noise Entertainment
Main image credit: metrofm.co.za


This post first appeared on The Edge Search, please read the originial post: here
People also like
benefits of dark chocolate
Online Massage Therapy Courses, are you ready to start today?
Everything5pounds review: Is it Legit or Scam?
Dan Reed Network Announces New Album ‘Let’s Hear It For The King’ Shares Single
Red Room, de Ed Piskor
Getting It Wrong, Making It Right: A Call to White Helping Professionals
Smartphones are Changing the Online Gambling Industry
The Future of Cryptocurrency in India
A Furry’s Guide to Cryptocurrency
Lucas Leite BJJ Highlight: Jiu Jitsu Half Guard Master
Why the BigCommerce and Walmart Partnership Is a Big Deal