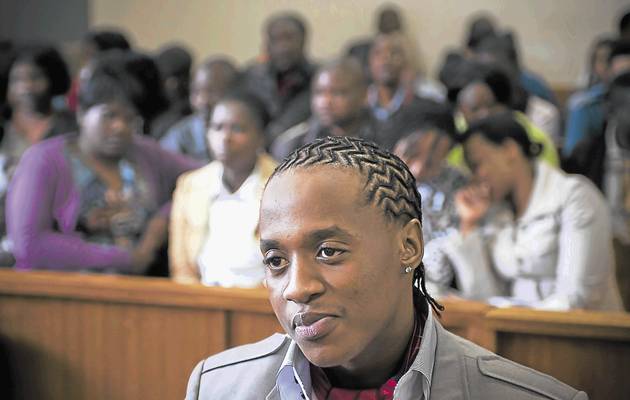 Jub Jub, who has been keeping a low profile since he was Released from prison in January is back in action.
The rapper took to the stage at Topaz Lounge in Bloemfontein during the early hours of Saturday morning, and then headed back to Johannesburg to perform at the Comedy Under The Sun event in Kempton Park on Saturday night.

How to Develop an Educational App?
What’s brewing in Chef Harsh Kedia’s …
Best Coffee Canisters (Conainers) to …
How to Leverage Entrepreneurship and …
“Source Code Leak” is Effectively Mea…
The event's organisers told TshisaLIVE that Jub Jub was well received by thousands of fans who were excited to see the rapper back on stage.
"It was a really great performance by Jub Jub. His fans loved his performance and were excited when he appeared on stage, and he seemed to feed off their energy. He performed three songs, two of his older tracks and his latest single Ke Kopa Tshwarelo (Please Forgive Me), and there was a lot of singing along," event organiser Mmalenyalo Galane said.
Mmalenyalo said that the organisers followed the "usual channels'' to book Jub Jub, but were coy to divulge how much the rapper charged for the booking.
In a string of videos and pictures that have since emerged on social media, Jub Jub looks considerably different to the icon fans may remember.

Jub Jub's appearance at the events comes after his management told TshisaLIVE that he was planning a big musical comeback.
"Jub Jub is a musician and nothing that has happened to him will change that. He is a hard worker and has been putting a lot of time into his music. His music has changed. He has grown because of his experiences and now wants to make music that people can really relate to," Jub Jub's friend and business partner Pablo Sehloho told TshisaLIVE .
Just hours after being released from prison Jub Jub released a song, entitled Ke Kopa Tshwarelo (Please forgive me) begging the nation for forgiveness.
Jub Jub and his friend Themba Tshabalala were sentenced to eight years in prison for culpable homicide, after crashing their cars into a group of school children in 2010. The accident left four children dead and two others brain damaged.
The pair were released on parole after serving four years of their sentence.