Video shows one of two women TWERKING at a pub in Tshwane. 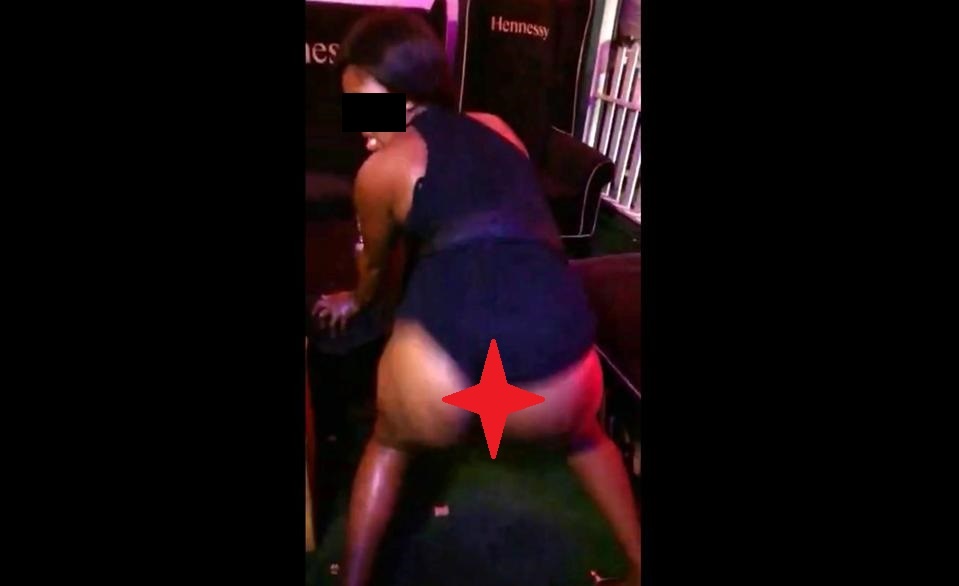 WHEN management heard what was going on, they sent security guards to throw the women out.


But it was too late.


The two women, the one in a black dress with black panties, the other in a red dress and no panties, are now more popular than they could ever have thought possible.

They were at the #Hashtag Meat Café at Zone 16, GaRankuwa in Tshwane over the weekend when they took the excitement to the next level.


The video shows one, in a long black dress lifted over her head, getting on her knees with her bum swinging out, twerking to the sound of DJ Ganyane singing Talk to Me.

While the lady in black is dancing, men gather round, shouting encouragement, while one man pops a champagne cork and empties the ice cold bubbly over her hot body. Others pour cider over her, somebody slaps her behind and she screams with pleasure.

At first her friend, a woman in red, pretends not to be too impressed, but soon she joins in and also lifts her dress over her bum. To the delight and cheers of the men around, she revealed that unlike her friend, she has nothing on underneath, and showed her shaved punani.

But their pleasure soon ended when management called on security guards to throw them out.

One patron who identified himself as Mohau Rampedi (30) said he was more disgusted than turned on. “They don’t respect themselves. How can someone dance like that in a place full of men?”

He said even though the girls were drinking champagne, they didn’t look as if they were drunk.

“They were still sober. They looked like prostitutes,” he said.

Another man, Simon Madala (36), said it was disappointing to witness such behaviour at such a decent place.

“We chose to come to the cafe because we knew it was a respectable place but this was disappointing.”

The management took to Facebook to apologise to their customers.

“We are not associated with that kind of behaviour and we don’t condone acts like that,” said their post.

“We respect our customers and our customers know that. It was unfortunate that our security reacted late to the matter and threw those ladies out. Anyone who knows those ladies personally must please inform them we are very disappointed and they should not come again because serious actions will be taken.”

The manager of the place, Phomolo Mothobi, said that he was aware of the women who misbehaved at his place.

“We got rid of them because we are running a reputable place and we cannot allow such behaviour in our pub. We would like our customers to rest assured that it will never happen again.”

Video shows one of two women TWERKING at a pub in Tshwane.