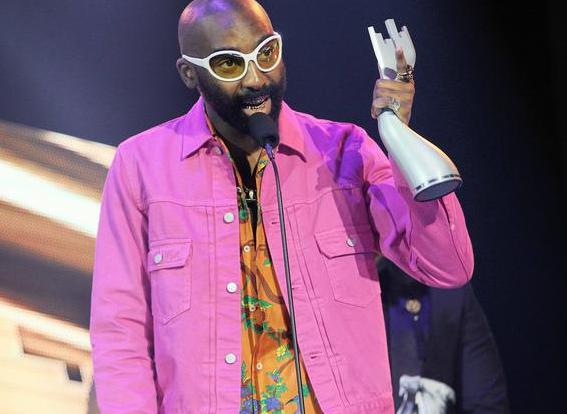 Riky Rick's moment on the podium summed up the disaster that was this Saturday’s Metro FM Awards. Having in the past complained about his lack of recognition at Award shows, he used his win for Best Hit Single (Sidlukotini) as a platform to throw shade at radio and offer some interesting advice to upcoming artists. “I thought I would be more excited to get this. If you know my raps you know exactly what I’m talking about,” he said.

Karen Wiesner: I Have Dreamed a Littl…
Review: ‘Pinky’s Blues’ Sue Foley
“Shout out to all the kids that never get on radio, that can’t get their songs played on radio because they don’t have enough money… 90 percent of the sh*t I hear on radio is garbage... So if you’re a kid and you’re watching this right now, forget radio. If they don’t let you play on radio you better go to the internet and let your songs pop on the internet,” he said before they cut his mic off.
It was an extraordinary rant from one of the country’s foremost artists during what was supposed to be one of the biggest moments of his career. Instead of celebrating it as he could easily have done, he used a radio station’s award show as an opportunity to take shots at their very existence.
The rest of the evening threw in a lot of other surprises. Babes Wodumo and Kwesta, who both had numerous nominations, walked away empty handed. And then there was Nasty C's Song of the Year win for Hell Naw, his fourth of the evening, which brought the evening to an acrimonious end. Don’t get me wrong, Nasty C’s a talented artist and Hell Naw is an amazing song.
But Hell Naw barely transcended the hip hop genre as Kwesta’s Ngud did or have the same crossover success as Babes Wodumo’s Wololo. So how did this happen? Is it time for Metro FM to re-evaluate the awards and “do what they do best and remain a radio station”, as Black Coffee suggested? Not necessarily. One thing they certainly need to do is reevaluate the validity of their voting system and auditing process, because judging from the response to many of the results on social media, the results were not in sync with public opinion.
Even when Mabala Noise owner Reggie Nkabinde took the stage to praise Nasty C after his Song of the Year win, there was a chorus of boos ringing through the International Convention Centre. Never one to mince his words, EFF leader Julius Malema derided the awards on twitter, referring to them as a “Mom Rubby's shebeen” that’s “corrupted by Mabala Noise”.
It’s unclear what the chaos of the evening will mean for the Metro FM Awards, but they certainly need to do some soul searching. Riky Rick’s tweet, which quotes a lyric from his award winning song, Sidlukotini, seemed an appropriately controversial summary of the evening's proceedings: "If n*ggaz can pay for these f*cking awards then my n*gga I don’t want them..."
* Riky Rick is also signed to Mabala Noise.