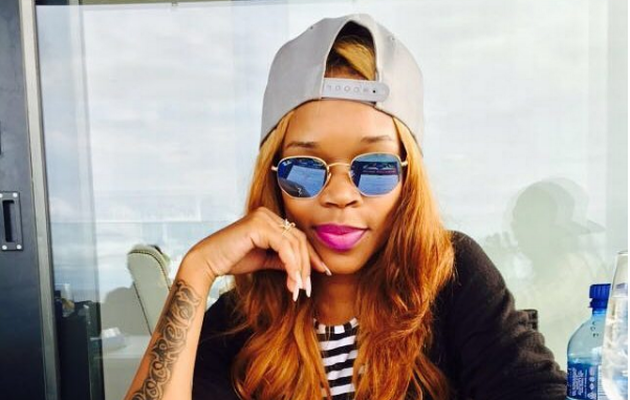 Ambitiouz Entertainment has finally responded with a rather vague statement over the storm that erupted around Fifi Cooper, A-Reece, B3nchmarq and Flame's mass walk out from the stable.

The record label released an official Statement, which explained that the matter was headed for court.
The stable confirmed that they were aware of the allegations but would not confirm or deny any of it. Ambitiouz said that it could only share limited information because it was now a legal matter.

Hampton Cannabis Expo Founder Gary Bi…
LYRICS: Pdot O – Holy Ghost Cry
PRP withdraws from Osun gov election,…
The Prepared Vehicle – Sanitation – K…
After confirming that the four artists were no longer managed by them, they redirected much of the statement to their plans to nurture and develop new talent and thanked fans of the A-team.
Read the full statement below: 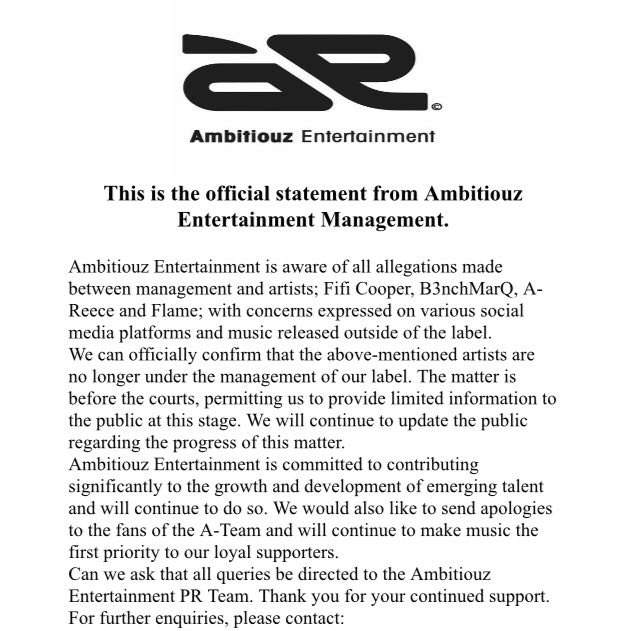