These 4 videos you are watching are NOT from #Dineo 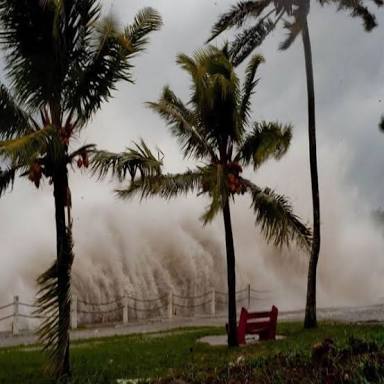 As Cyclone Dineo moved through southern Africa, social media has inevitably been flooded with shocking images and videos showing the chaos it has wreaked - but you shouldn't believe everything you see.

These four videos (above) in particular have been shared multiple times across social media platforms; a car being swept away in flash floods or blown away during a fierce Storm. However, a little digging has shown they have nothing to do with Dineo.

SEO Trends and Vitals for 2021
JoJo Siwa le presenta al mundo a su n…
What Do Carpenter Ants Look Like?
Market gapped down on Covid fear, new…
How to Organize a Blog Post and Struc…
Latest on Dineo:
Heavy rains are expected to continue on Friday in parts of Mpumalanga and Limpopo as tropical depression Dineo makes her way out of the country and into Botswana tomorrow.
The South African Weather Service has sent out a warning saying rainfall could reach more than 50mm.
The two provinces have a chance of receiving 80% of rain over the next 24 hours.
Head of National Disaster Management Mmaphaka Tau said that while everything is normal so far, they are still on very high alert.
The Kruger National Park has closed all gravel roads and evacuated two camps on the reserve as a precautionary measure.
Tropical storm Dineo has killed seven people in Mozambique since it hit the coast on Wednesday‚ the government’s disaster centre said yesterday. The storm has brought heavy rain and winds of up to 160km/h‚ raising the risk of flooding and crop damage.

These 4 videos you are watching are NOT from #Dineo