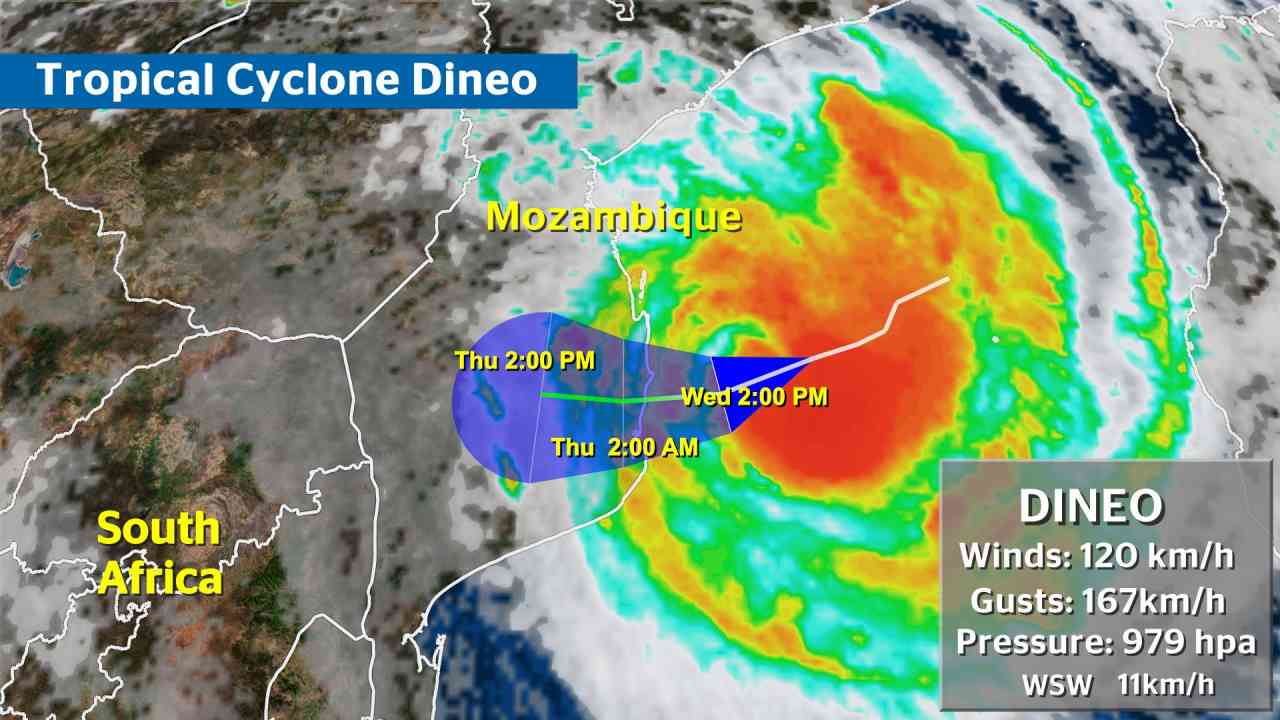 Dineo has continued to deepen overnight and is now packing Wind speeds of 120km/h around its eye with wind gusts exceeding 160km/h. Winds of this strength mean Dineo is now classified as a tropical cyclone.

Is President Biden really surrounded …
How to Soften a Beard: 6 Effective Ti…
Brutal Subway Hate Crime Caught On Ca…
How technology is giving beauty indus…
Baker Ross – Save up to 38% on Fairy … 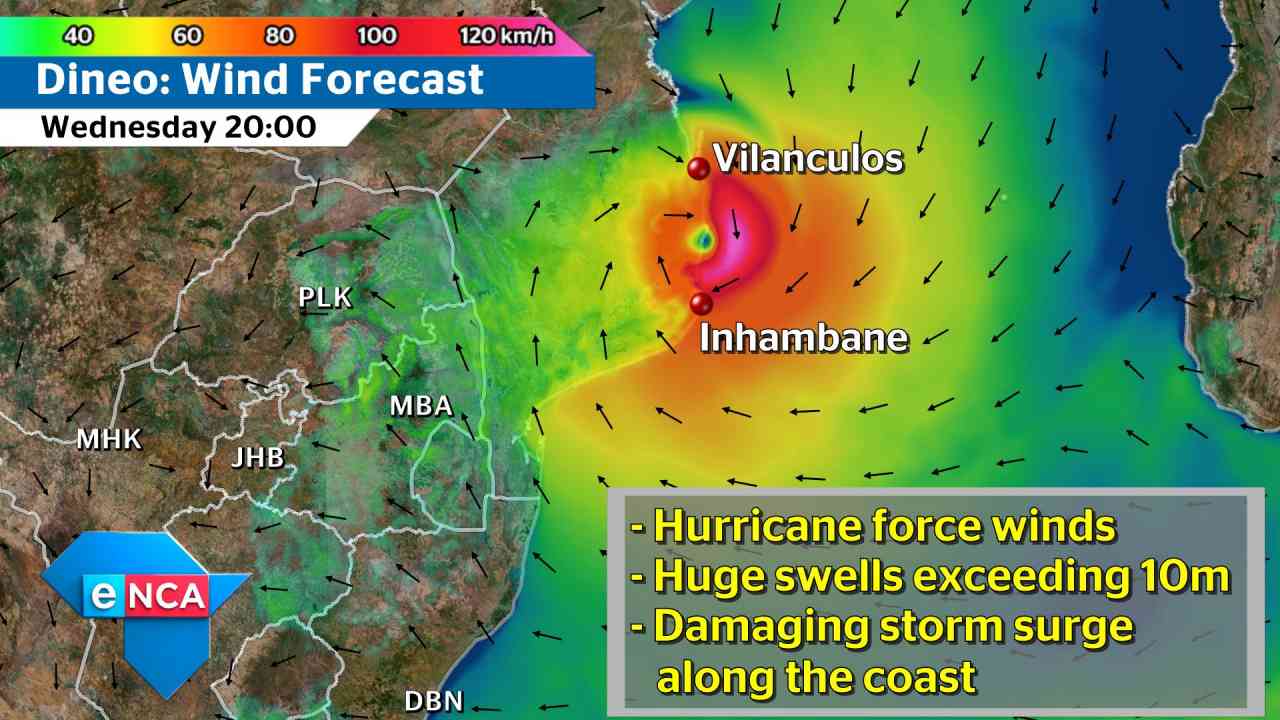 The predicted path still indicates Dineo heading in a westerly direction on Wednesday, making a beeline for the Mozambican coast and will make landfall this evening just to the north of Inhambane, near Massinga. By the time the eye of the Storm reaches the coast it is expected to be have obtained ‘intense tropical cyclone’ status with winds estimated to reach 160km/h, gusting over 200km/h. The hurricane force winds will be accompanied by extremely heavy rainfall that will push further inland overnight and into Thursday.
Another major threat to life and property is the Storm Surge that will accompany this tropical cyclone. A storm surge is a tsunami-like rise of the sea level as the cyclone moves ashore. The low central atmospheric pressure literally heightens the sea level underneath the cyclone, while extreme wave heights exceeding 10m aggravate the effect of the storm surge. The storm surge, together with natural tides, will allow ocean water to push in much further inland than usual and can have devastating effects for coastal communities.
The storm will move westwards on Thursday into the interior of southern Mozambique, severely affecting the provinces of Inhambane and Gaza, which borders on South Africa. Although winds speeds will begin to abate, gales will still batter these areas with driving rain continuing for much of the day.
Very strong, gusty winds and heavier showers will gradually start reaching the lowveld and escarpment areas of Limpopo and Mpumalanga on Thursday evening and persist well into Friday. Continuous heavy downpours along with the strong winds may make travel through those areas difficult and in addition, swollen rivers could make crossings dangerous and travellers should avoid low-lying bridges in such conditions.
The remnant low of Dineo will move across northern Limpopo on Friday, bringing gusty easterly winds to the province as well as Mpumalanga and Gauteng where wind speeds could exceed 50km/h. Winds over these areas could be strong at times and there will still be heavy downpours affecting Limpopo and eastern Mpumalanga. 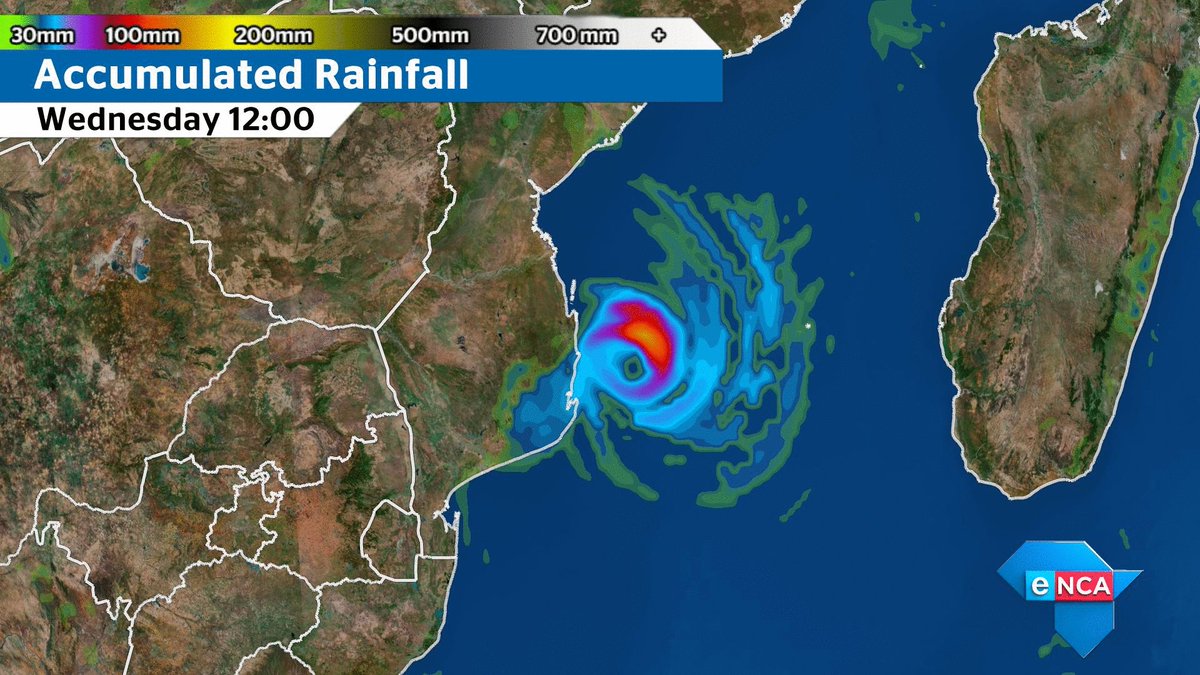 Thereafter the low is expected to move into Botswana, although showers will continue in the north of South Africa and gusty conditions will spread to North West on Saturday, while calming elsewhere.
Tropical weather systems of this nature are notorious for changing direction and movement suddenly and the South African public are urged to closely monitor weather forecasts and updates issued for Tropical Cyclone Dineo.
Source: enca


This post first appeared on The Edge Search, please read the originial post: here
People also like
Is President Biden really surrounded by Demonic Hedge of Protection?
How to Soften a Beard: 6 Effective Tips & Methods
Brutal Subway Hate Crime Caught On Camera Amid NYC Transit Surge
How technology is giving beauty industry a makeover
Baker Ross – Save up to 38% on Fairy Wooden Wind Chimes
Impact of Remote Work on the Real Estate Industry