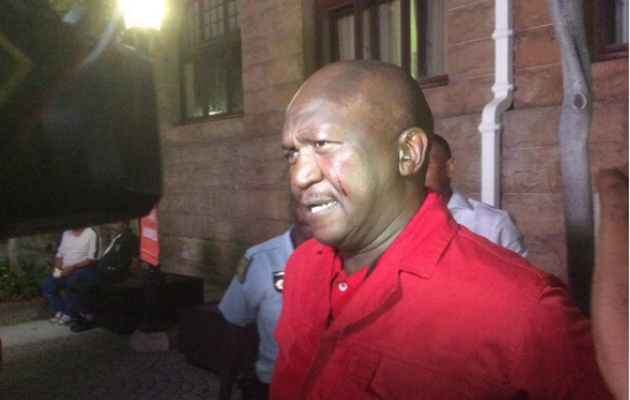 Fana Mokwena was spotted bleeding after EFF members were evicted from parliament.

Twitter had a lot to say about Fana's role in politics as well as his life as an actor. His international debut in World War Z and his former local acting role in Generations led fans and followers to say what they thought of what happened to Fana in tonight's #SONA .