'He was a hero': Joost van der Westhuizen's brother speaks 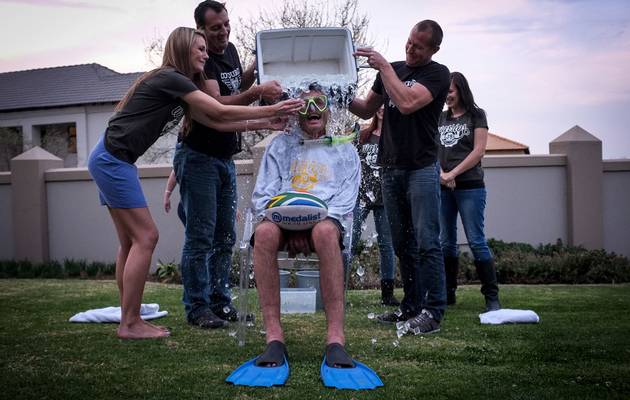 “Joost was a hero – to his family and to everyone that had the pleasure of meeting him.”

Jungborn hat immer etwas Besonderes!
Police Identify Frank R. James As Per…
Self-proclaimed ‘M30 King of Fresno,’…
Van Dyke Beard Style: 3 Trendy Looks …
He spent his final moments at home‚ surrounded by all of his close family and friends. He had been rushed to a Johannesburg hospital on Saturday and was placed on life support.
Pieter honoured his brother briefly‚ when he officially announced his death on behalf of his family in Johannesburg on Monday night.
“I'm no PR person. I'm just a loving brother that wants to say something on behalf of the family.
“It is with a very grieved heart that I unfortunately announce today that son‚ father‚ best friend‚ Joost Van Der Westhuizen passed away.”
Pieter said his brother was a dedicated and adoring father.
Diagnosed with a form of MND in 2011‚ Van der Westhuizen was given two and a half years to live. Though it left him confined to a wheelchair‚ he inspired hope in other sufferers and created awareness around the disease through establishing the J9 Foundation.
Pieter thanked the public for supporting the family in their time of need.
“A memorial service will be held on Friday at Loftus Stadium. We will honour the legend Joost van der Westhuizen‚” he said.
Van der Westhuizen represented his country 89 times during a decade-long career starting in 1993.
Born and raised in Pretoria‚ he was part of the South African team that emerged victorious from the 1995 Rugby World Cup victory in front of former President Nelson Mandela.
The highlights of his career as scrumhalf included World Cup appearances in 1995‚ 1999 and 2003; the 1998 Tri-Nations; and Currie Cup trophies in 1998 and 2002.
Van der Westhuizen lived in Johannesburg and is survived by his wife‚ singer Amor Vittone‚ their two children‚ Jordan (13) and Kylie (10)‚ as well as his father Gustav‚ mother Mariana‚ and brothers Pieter and Gustav.

'He was a hero': Joost van der Westhuizen's brother speaks