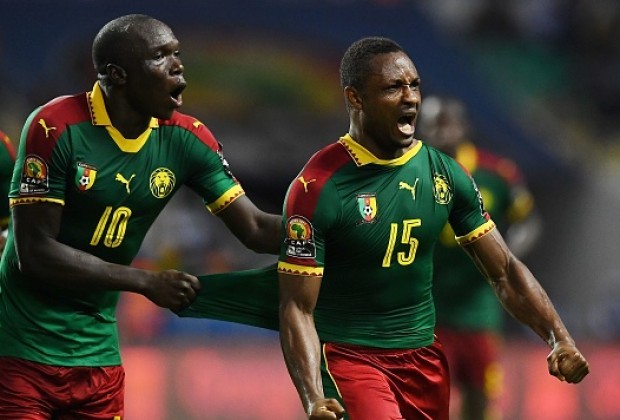 How to Get Started with Sports Bettin…
8 Signs You Should Avoid That Potenti…
Homemade No Churn Raspberry Ice Cream
The Indomitable Lions got off to an encouraging start, as they dominated possession, while Christian Bassogog was a real threat down the wing.
However, it was Egypt who broke the deadlock in the 23rd Minute as Mohamed Salah played in Mohamed Elneny, who fired into the roof of the net from a tight angle.
Cameroon were then dealt a blow after 30 minutes when Adolphe Teikeu picked up a knock and was replaced by Nicolas Nkoulou.
The Lions pushed for a way back into the clash, but the score remained 1-0 to the Pharoes at the halftime break.
Cameroon eventually leveled matters in the 57th minute, as substitute N'koulou rose above Hegazy to send a towering header into the far corner.
Both sides showed no intentions of slowing down, as they looked for the go-ahead goal, however clear-cut chances were hard to come by.
However, Cameroon sealed the win in the 88th minute as Aboubakar showed great skill to beat his marker, before volleying into the bottom corner to clinch the title.


This post first appeared on The Edge Search, please read the originial post: here
People also like
How to Get Started with Sports Betting
8 Signs You Should Avoid That Potential Employer
Homemade No Churn Raspberry Ice Cream