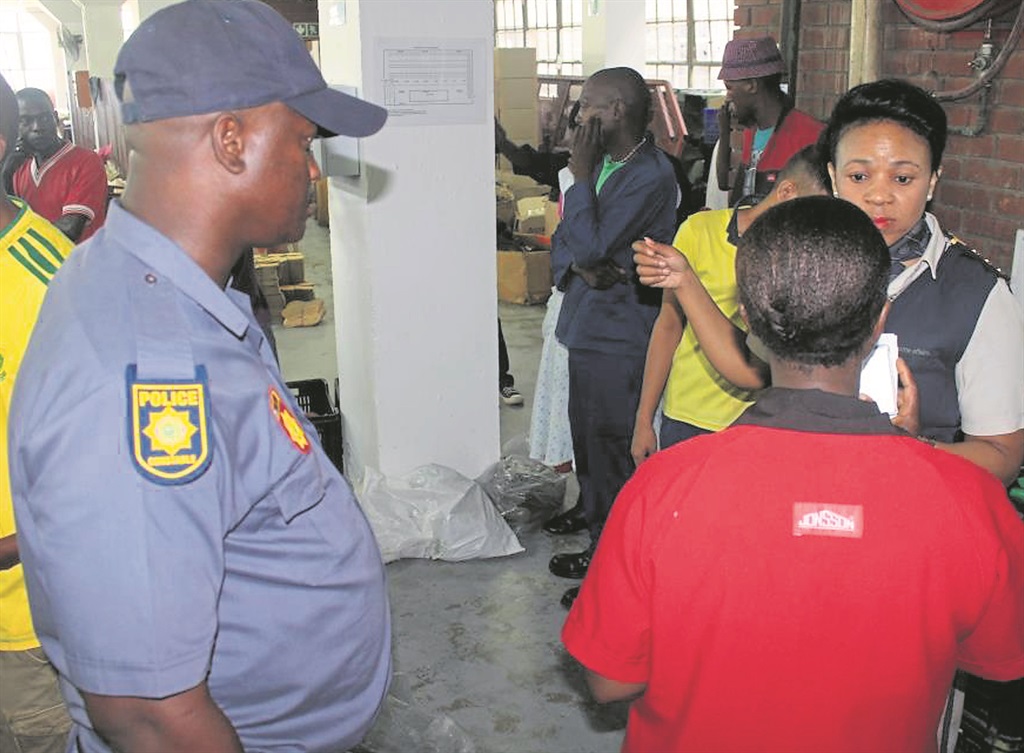 A SHOE factory owner is in trouble with the law.

Authorities found out that he was employing 35 illegal immigrants.

He was arrested on Wednesday in Chatsworth, south of Durban together with the undocumented factory workers.


Police and immigration officials from Home Affairs paid a visit to the factory for a surprise inspection.

They discovered that the 35 employees were in the country illegally.

The owner of the three-storey factory faces a charge of employing illegal immigrants.

“After they did sufficient groundwork, they decided to use the information they had at hand. They sourced assistance from the immigration officials at Home Affairs as well as the Durban public order police.”

Gwala said after a short briefing between the roleplayers on Wednesday, they proceeded to Silverglen to bust the factory owner and his staff.

“The factory employs about 300 staff members. Officials began their inspection and discovered that 35 employees did not possess any work permits and were also in the country illegally. All the illegal immigrants were immediately arrested.”

She said the officials then turned to the factory owner.

“After initial investigations they discovered that the owner was aware that the people he had hired were in the country illegally.

“He was subsequently placed under arrest and will face charges of employing illegal immigrants.”