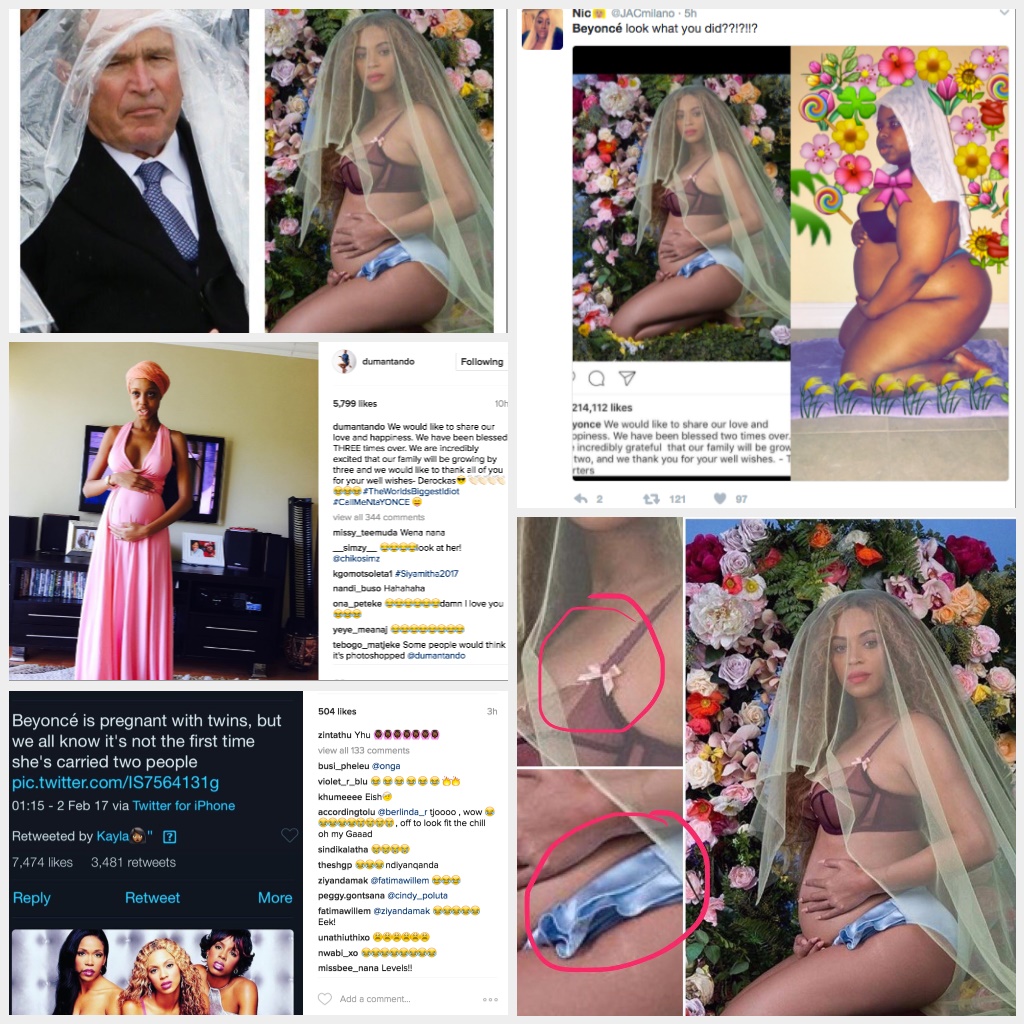 By now we all know that King Beyonce' and husband Jay-Z are about to be parents to twins. And since the announcement, Social Media has been on a roll with all the memes, tweets and Instagram posts.
Now we usually don't write much about international stars but some of these tweets and Instagram posts have us rolling on the floor with laughter.
You just gotta love Beyonce' fans. 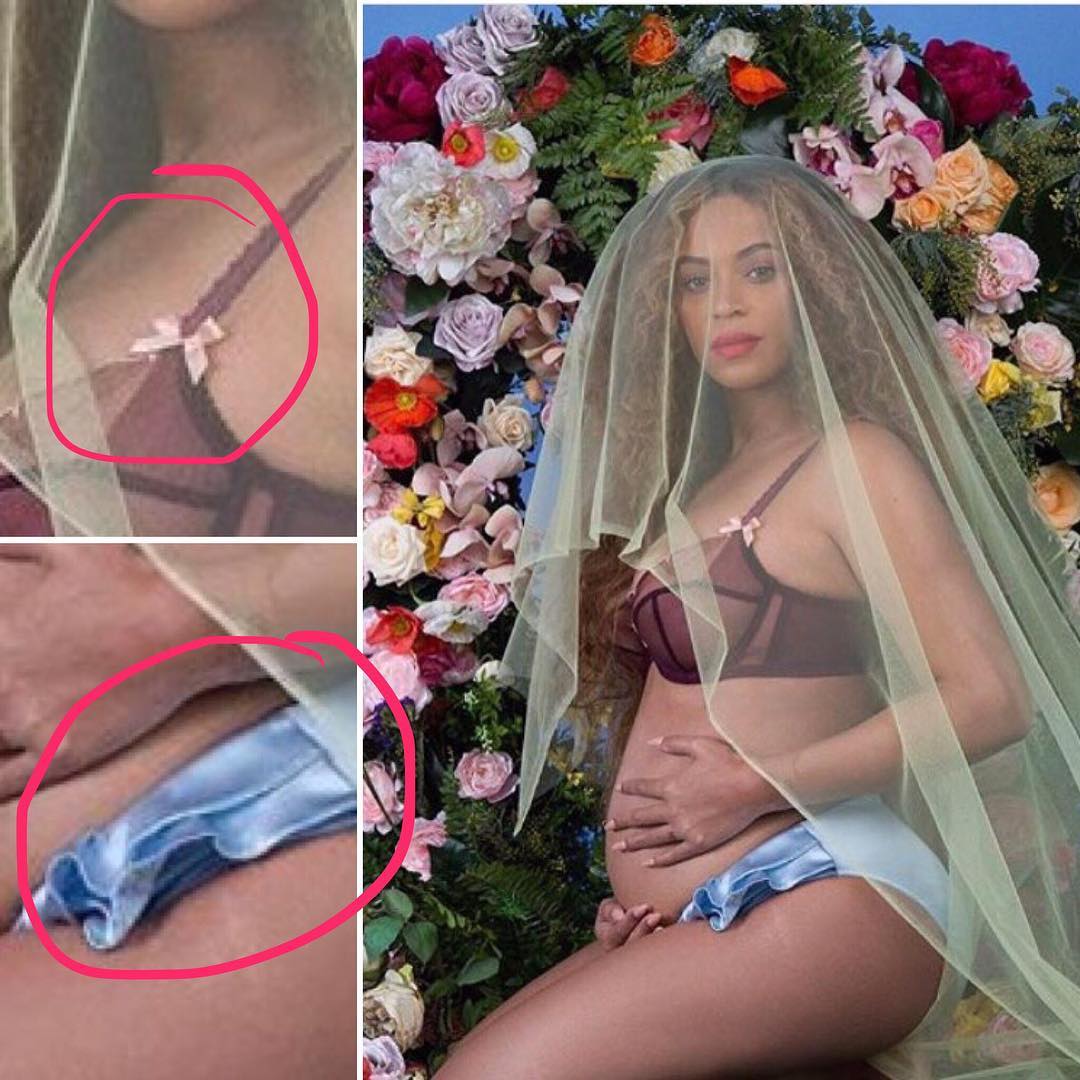 Even actress, Ntando Duma on Instagram hopped onto the celebration announcement by posting a picture of her own "pregnancy" but in case you're wondering, no Ntando is not pregnant but thought it be fun to join in on the Beyonce' pregnancy craze. 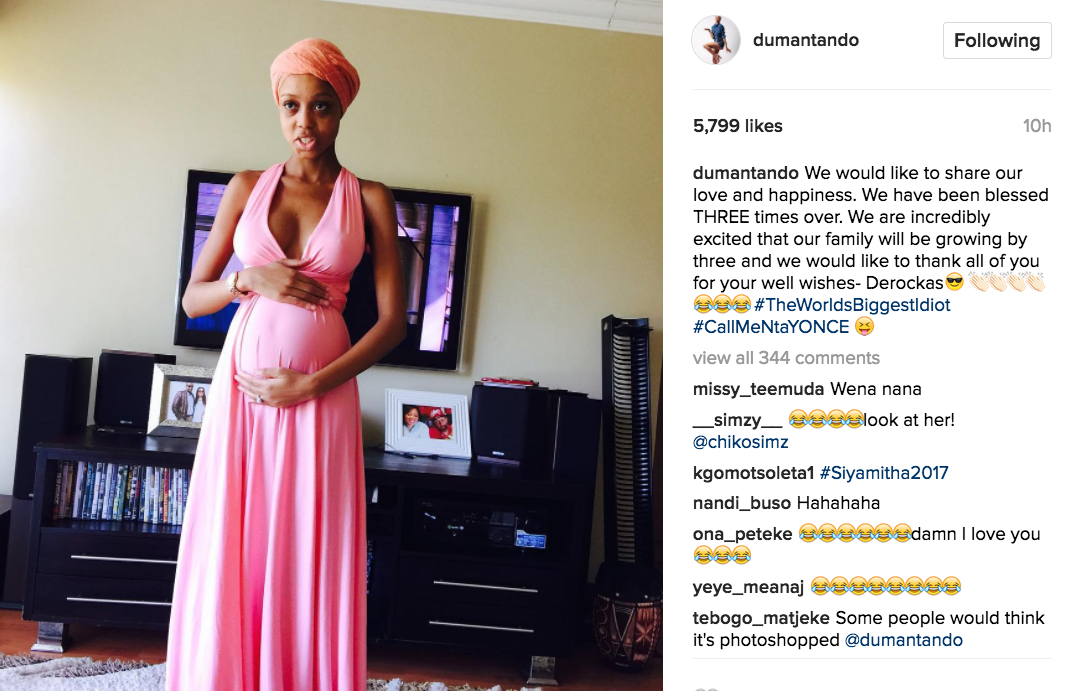 Market gapped down on Covid fear, new…
Social Media Addiction: Issues and 7 …
How to Use Instagram Stories for Succ…
The 5 Essential Tools for Social Medi…
Social media monitoring YouScan integ…
Instagram
And the pregnancy pictures just kept rolling in. 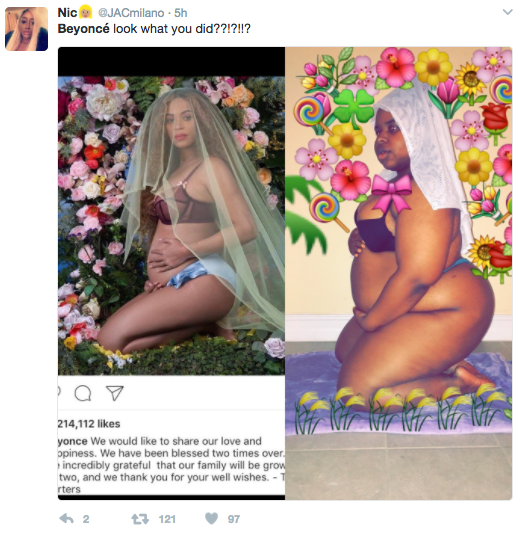 No, but seriously Beyonce' did wear it better, sorry George. 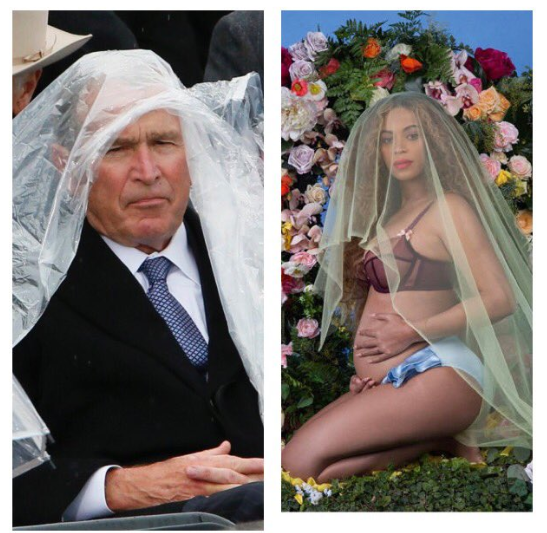 Is your friend trying to get pregnant with twins because of Beyonce' as well?

Huh? What is the problem? Beyonce' is a very educational subject matter. 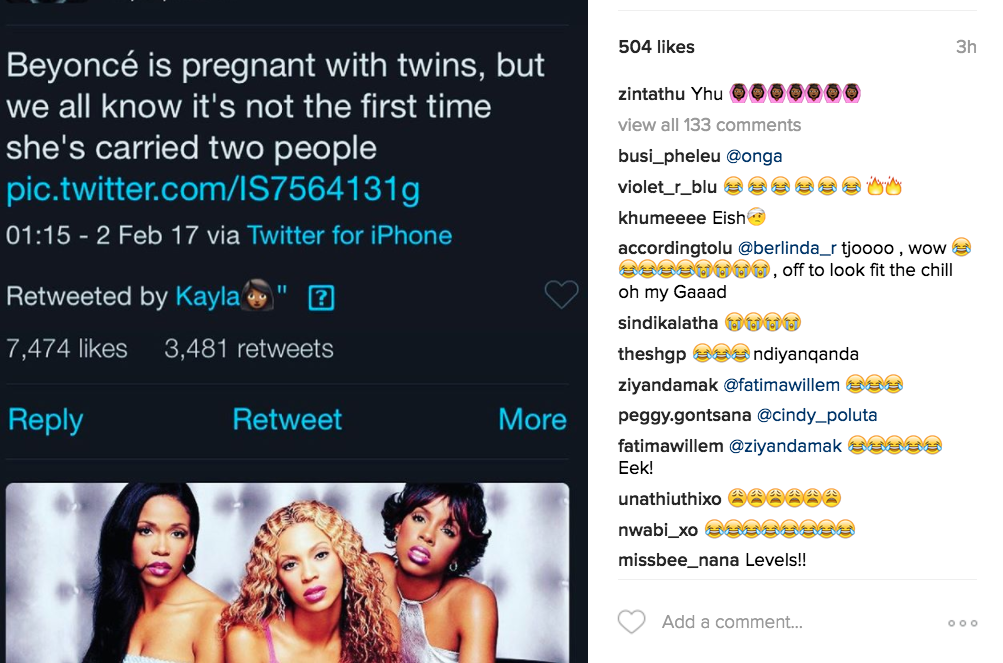 Jessica Nkosi posted this sexy picture of herself wearing a red t-shirt from Beyonce's Ivy Park collection
At first, Jessica's caption read:
"We #BadAndBoujee and we #Preggers" #Beyonce.
But she had to edit the caption as some people thought she was really pregnant.

Social media detectives are hardly wrong, they're onto something here.

So the private Investigators on social media have dissected #Beyonce pic. The results are they believe she is having a boy and girl ! Look at the evidence 💅🏽 👀 . Read more on #TeamCurtains.com
A photo posted by Team Curtains (@teamcurtainscom) on Feb 1, 2017 at 2:27pm PST

Meanwhile, #Siyamitha2017(We getting pregnant) hashtag is trending at the moment and out of all the celebrities, Chief Azwindini had to be dragged into this mess.