CCTV to be installed at Vilakazi Street 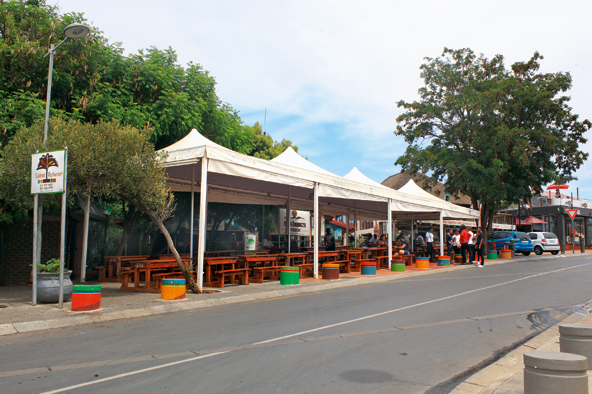 Cybersecurity secrets that hackers do…
Holcim Philippines shares contributio…
How To Run a Beauty Salon And Not Los…
Ntokzin – Busisiwe (Album Tracklist)
“The fact that one of our neighbourhoods suffered at the hands of violent criminals needs to be taken extremely seriously, and acted upon with urgency”, said Economic Development MMC Sharon Peetz, in a statement.
“Tourism is one of our country’s most valuable and profitable industry sectors and we would like to reassure residents, locals and tourists that Vilakazi Street in Soweto remains a destination which is open and welcoming to visitors.”
Mashaba said some of the plans include increasing police visibility and installing CCTV equipment around the area.
“We urge all tour operators, tourists and resident to continue to support Sakhumzi and Vilakazi Street restaurants and businesses. Under no circumstances will the city be held ransom to criminals; you will be found and prosecuted to the fullest extent of the law.  By working together with local police, and the greater Soweto community, we can ensure that we create environments that allow for businesses to operate safely and freely”, said Mashaba.
This follows after Sakhumzi Restaurant Manager Kwesi Hudson was murdered in gunshots on Sunday night while closing up the shop.


This post first appeared on The Edge Search, please read the originial post: here
People also like
Cybersecurity secrets that hackers don’t want you to know in 2021
Holcim Philippines shares contributions to environment stewardship in govt, private sector talks
How To Run a Beauty Salon And Not Lose Your Own Beauty
Ntokzin – Busisiwe (Album Tracklist)

CCTV to be installed at Vilakazi Street