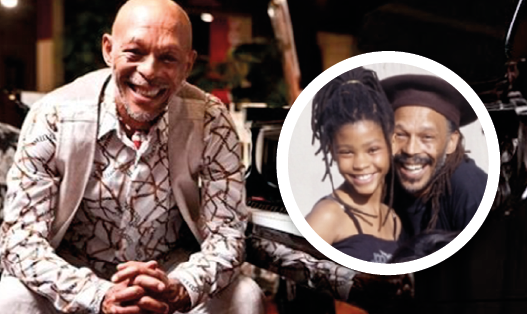 Veteran singer Blondie Makhene recently reached out to a local newspaper looking for his long-lost daughter Gontse(29), who has been missing since 2015.
DRUM,however, has learnt from a reliable source that Gontse is alive but “not ready to go home”.

GALA DALI – THE MUSE OF THE SURREALIS…
Angel In Heaven Badminton Plastic Bal…
Sir Trill, Tee Jay, Nkosazana Daughte…
10 Small Things to Pay Attention to W…
7 Renaissance bible art app
“I saw Gontse this past weekend in Maboneng Precinct, in Johannesburg. She was very clean, wearing earrings and carrying a handbag. She looked like she was still on drugs but she was clean, compared to the way she was last year,” said an informant who asked not to be named.
The source further revealed that Gontse was living in an abandoned building on End Street, in downtown Joburg last year before she moved to Germiston.
Gontse is the younger sister of Generations: The Legacy actress Letoya who plays the role of Tshidi, who also took to social media in 2015 when her sister went missing, in a desperate attempt to find her. Almost two years later, her family is still desperately searching for her.
“I am surprised her father is looking for her, because last year she (Gontse) said she took her child to her father after giving birth and left again. She told me that the father of her child was in jail, and that she was now living in Germiston,” said the source.
Blondie Makene has three children; Pauline, Letoya and Gontse, who is the youngest daughter.