WATCH: 50-year jail behind bars for ATM cons - CCTV footage shows how they did it 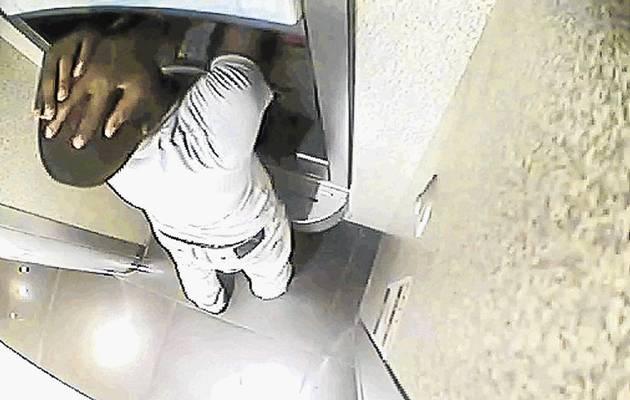 Michael Manyana, 51, and Millicent Mkhwanazi, 48, were sentenced by the Khayelitsha Magistrate's Court in December to 53 and 50 years respectively for their roles as the syndicate's leaders.
They preyed on pensioners, students and tourists for more than seven years between 2005 and 2012.

Why Furries Make Excellent Hackers
Can You Sue a Title Loan Company?
Caribbean Destination Guide
Istanbul: a virtual tour through book…
Over 99% of SSS benefit disbursements…
National Prosecuting Authority spokesman Eric Ntabazalila said it was the first time ATM fraudsters had been prosecuted.
The magistrate had sentenced them separately on each count.
Mkhwanazi broke down during the trial and pleaded for leniency, but Manyana refused to admit he appeared in CCTV footage that was central in convicting the pair.
His face was clearly visible in at least five video clips but he still insisted it was not he. Even close-up photographs presented in court by a CCTV analyst could not convince him to admit his guilt.
Mkhwanazi's advocate, Martin Williams, said: "We were expecting a harsh sentence but not that harsh. She will be 75 - if she lives that long - before she is eligible for parole." Williams said he would appeal the sentence in the Cape Town High Court.
"She has accepted responsibility. I believe she is very remorseful. She certainly made that impression when she gave evidence in mitigation of sentence," Williams said.
It was "unfortunate" that the pair had been prosecuted under the Prevention of Organised Crime Act.
"It lays down extremely severe penalties of up to life imprisonment. I believe that the act was made for major organised crime rather than a case like this, which is on a much smaller scale," he said.
Williams said no one knew how much money was stolen.
"I think [the sentences] are going to send a very strong message to people involved in this kind of offence that the courts are taking it extremely seriously," he said.
Ntabazalila said the magistrate took into consideration the effect such crimes had on the economy and tourism, and that the syndicate targeted vulnerable people, including pensioners.
"They were prosecuted for racketeering but the magistrate felt that the other counts were separate incidents and needed to be dealt with separately," Ntabazalila said.
Manyana and Mkhwanazi were found guilty of racketeering, fraud, theft and contravening the Electronic Communications and Transactions Act.
They were also sentenced for stealing R1,000 from a pensioner in Parow who asked them to assist him at an ATM in November 2011.
He was robbed of one month's pension payout.
In January 2012 they robbed an Angolan student of the R24350 his parents had sent him after stealing his card in central Cape Town.
In another video shown in court, Manyana and Mkhwanazi are seen on an escalator near a busy row of ATMs in December 2011. Once they had identified their victims - two female tourists - Mkhwanazi occupied one of the ATMs.
Manyana pushed in front of the women and pressed the "cardless transaction" button. The flustered victims were then coaxed into putting in their pin number, which Mkhwanazi was able to see by "shoulder-surfing". Manyana then stole their card through sleight of hand and later withdrew R20,000.
According to a witness statement by an SA Banking Risk Information Centre forensic specialist, in 2015, banks lost R206-million to ATM fraud. Between January and September last year the figure was R175-million.
Consumers end up carrying the cost because banks increase fees to compensate for fraud.


This post first appeared on The Edge Search, please read the originial post: here
People also like
Why Furries Make Excellent Hackers
Can You Sue a Title Loan Company?
Caribbean Destination Guide
Istanbul: a virtual tour through books, film, food and music
Over 99% of SSS benefit disbursements coursed through e-channels
It’s Me – Chapter 8

WATCH: 50-year jail behind bars for ATM cons - CCTV footage shows how they did it