#WarRoom 'I worked with Sihle Bolani, but did nothing wrong' - Shaka Sisulu 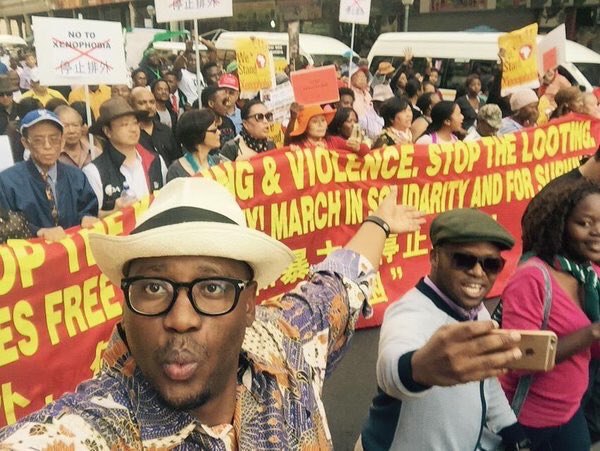 Johannesburg - ANC member and activist Shaka Sisulu has admitted to briefly working with Sihle Bolani but has refuted claims that it was for a covert operation to discredit opposition parties.
Sisulu, who is the grandson of ANC icon Walter Sisulu, released a statement on Wednesday saying he was "troubled" by what he labelled "false" reports that he was part of a R50m covert operation during the 2016 local government elections.
"These reports are inherently false, exaggerated and no doubt intended to discredit, in part my reputation, and most significantly the name of the African National Congress," Sisulu said.
Sisulu said he has volunteered his time to the ANC for the past 18 years but insists he abides by the elections regulations and used his own resources.

'Not a covert, black-ops unit'

He said he worked with Bolani "briefly".
"Whilst I did work briefly with the complainant as part of a media team it was certainly not a covert, 'black-ops' unit. I neither possess the skill nor the knowledge of what a 'black-ops' operation is."
Sisulu has been accused by Bolani, a public relations expert and businesswoman, of being one of the people spearheading the operation to "disempower DA and EFF campaigns".

He was also accused of attempting to set a pro-ANC agenda using a range of media platforms including social networks, without revealing the ANC’s hand.

Bolani said in an affidavit that Sisulu and businessman Joseph Nkadimeng were to source funds from private donors for the operation, dubbed the "War Room", and later the "Media Advisory Team".

She said she was initially approached by Nkadimeng for the project. She also claimed the ANC owed her R2.2m for work she had done on the campaign
Investigation

The details of Bolani's affidavit were revealed in an amaBhungane investigation published on News24 on Tuesday.
ANC general manager Ignatius Jacobs submitted an affidavit to the High Court in Johannesburg on Tuesday confirming that Bolani was part of the ANC’s campaign team in last year’s municipal elections.
After the project’s eventual cancellation, Bolani approached the ANC. This led to Jacobs signing a R1m settlement agreement, of which Bolani claimed to have received only R100 000, according to a second amaBhungane story published on News24.

Jacobs said in his affidavit that the ANC disputed Bolani’s original claim for payment "on the grounds that there was no agreement that [she] would charge a fee for services rendered for the said amount. [Bolani], like all other volunteers, would have received payment for disbursements".

Despite this, Jacobs said, he signed the R1m settlement agreement, "purely as a gesture of good will".

Although the agreement was drawn up on an ANC letterhead, and Jacobs had signed in his official capacity as ANC general manager, Jacobs claimed that the agreement was "not binding", as only secretary general Gwede Mantashe could bind the party.

However, "the [ANC] acknowledges that the balance of R900 000 is still outstanding, but is not due and payable at this stage".
Tarnishing name, reputation

Sisulu said on Wednesday that the case, along with the news reports that came out before the matter went before the court was "intended to extort money from the ANC".
"It saddens me that this case is being used to tarnish my family name, my reputation, and the work that I do for the ANC," he said.
"...I am certain that given an opportunity to represent myself in the said court matter, I would be able to dispel many of the spurious allegations that have emerged."

My statement; I'll be doing a video interview with a journalist later today and will share that here too.

#WarRoom 'I worked with Sihle Bolani, but did nothing wrong' - Shaka Sisulu