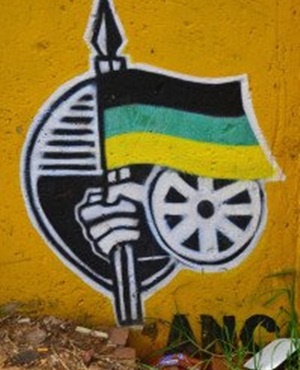 The ANC planned to spend R50 million on a covert Campaign targeting opposition parties in the 2016 local government elections, according to court papers filed in the High Court in Johannesburg.
A covert team, initially known as the War Room, intended to “disempower DA and EFF campaigns” and set a pro-ANC agenda using a range of media, without revealing the ANC’s hand.

BALENCIAGA / ADIDAS - @adidas @BALENC…
Tips to Finding the Right Ad Campaign…
Oil Dispute Prompts Call to Remove US…
Cannabis Social Media Marketing
Biden-Harris Administration Makes $50…
As traditional election campaigns lose their impact with voters, political parties are increasingly turning to more subtle methods, using everything from fake news to paid Twitter accounts to manipulate voter sentiment.
For the War Room this included a seemingly independent news site and chat show, using “influencers” on social media, and planning to print fake opposition party posters.
However, a scathing close-out report attached to the court application claims the initiatives were either short-lived or stillborn due to mismanagement and a lack of funding.
The case was brought against the ANC by public relations expert Sihle Bolani, who claims she is owed R2.2 million for work done as part of the campaign. Bolani was a key member of the War Room.
Bolani signed a R1 million settlement agreement with ANC general manager Ignatius Jacobs in early December, but is now demanding the full amount as she has still not been paid. The agreement, attached to the court papers, is on an ANC letterhead.
Bolani wrote and submitted the close-out report to Jacobs and Minister in the Presidency Jeff Radebe in November. However, the ANC denies that the War Room existed.
“Your investigation has no basis and is based on malicious falsehoods and gossip,” ANC spokesperson Zizi Kodwa told Amabhungane last week.

An apparently threatening text message to an amaBhungane reporter from Nkadimeng
According to the close-out report, two ANC-linked investment firms were involved in paying suppliers on the project – Zonkizizwe Investment Holdings and Impepho Investment Holdings. According to Bolani these companies were merely used to collect money from private donors and pass it on to the War Room.
“Invoicing details… were changed at least three times during the project. The invoiced companies changed from Zonkizizwe to Black Carbon c/o Impepho Investment Holdings, and then Black Carbon c/o Zonkizizwe… [The money] was going from funders, whoever those funders were, they were paying the money into Zonkizizwe,” Bolani said.
Zonkizizwe Investments, run by ANC security man Paul Langa and ANC veteran John Nkadimeng, among others, is thought to be close to the ANC. Impepho’s sole director is ANC-linked banker Alan Norman. Neither company responded to requests for comment.
According to the close-out report, as invoices went unpaid, Sisulu and Nkadimeng turned to blaming each other.
Bolani wrote that when she followed up with Sisulu on long-overdue payments, he responded: “I’ll be honest; there’s no money. Your money was spent on T-shirts…”
“When [I] would query unpaid invoices with Mr. Nkadimeng, he repeatedly reinforced that he has raised over R50 million to fund the project team’s expenses, but the funds had been misused and Mr. Sisulu used the money to pay himself and all his friends he recruited for the project.”
With the campaign in chaos, Sisulu pulled the plug at the end of July.
'Even if we have to ask the Guptas'
Bolani says in her affidavit that she approached the ANC in October about outstanding payments.
“I couldn't get hold of anyone so I escalated the matter to Minister Radebe. I explained the situation to him – he knew nothing about this project,” Bolani told amaBhungane. Radebe’s office did not respond to questions.
In November, a series of meetings were held at Luthuli House between Bolani, Nkadimeng and Jacobs. Bolani says at the initial meeting, Jacobs committed to paying her but asked her to draw up a report on the project – the close-out report.
Nkadimeng, she said, assured her they would find the money to pay her, “even if we have to go ask from the Guptas”.
On December 9, after several promised payments failed to materialise, Bolani entered into the R1-million settlement agreement with Jacobs. The signed agreement states: “the ANC GM [Jacobs] shall raise and pay before or on 31 December 2016.”
According to Bolani’s affidavit, she received a call from Jacobs’s assistant the evening before the deadline. He told her “that they did not have my money, but are able to arrange a payment of R100 000 to be paid urgently by one of their sponsors.”
The assistant allegedly asked her to submit a new invoice, for R100 000. The invoice, a copy of which amaBhungane has seen, was addressed to Tseke Nkadimeng, the CEO of AfricOil.
Bolani says she never performed any work for AfricOil, but understood AfricOil to be a donor to the War Room.
Bolani has shown amaBhungane a Whatsapp conversation purporting to be between her and Tseke Nkadimeng dated Friday 6 January in which she asks about payment.
“CFO promised to pay today let’s wait and see when he does the payment”, he allegedly responded.

WhatsApp conversation purportedly between Sihle Bolani and Tseke Nkadimeng
Bolani told amaBhungane she received a message from Jacobs’s assistant last week alerting her to a R100 000 payment that had just been made into her business account. AfricOil spokesman Themba Hlengani declined to comment on these alleged payments, but did confirm that his company, AH Group, had done some writing for The New South African.
On Friday, after the ANC failed to respond to a January 6 letter of demand to pay the R1m settlement, Bolani filed her court application, requesting an urgent court date.
Shortly after her papers were served at Luthuli House, Bolani told amaBhungane that she had received a call from an attorney claiming to represent the ANC. The party, she says, was offering to pay R100 000 a month, starting in March.
Bolani declined the offer.
Fake posters a breach of electoral laws
Fake elections posters, as the War Room had allegedly planned to print, are as much as a no-go as fake news.
Said Electoral Commission of SA (IEC) spokesperson Kate Bapela: “In terms of the Municipal Electoral Act it is prohibited conduct to publish false information with the intention of influencing the conduct or outcome of an election.
“The electoral code of conduct [also] precludes a party or candidate from acting or using language in a way that provokes violence during the election.”
Breaches of the code are a criminal offence – individuals can be sentenced up to 10 years in jail while political parties can be stripped of votes or deregistered.
According Sihle Bolani’s affidavit, the ANC was instrumental in setting up the covert campaign team known as the War Room. However, funding for the campaign would be provided by private donors.
Structures known as super PACs (political action committees) have become a common feature of US politics. However, there are strict rules prohibiting political parties from interfering in what are supposed to be independently-run and independently-funded campaigns.
“In South Africa the private funding of political parties and the private funding of electoral campaigns is presently not regulated,” said Bapela. “The position of the electoral commission is that it is desirable to put in a place a nationally-agreed regulatory framework for the future.”
The War Room’s campaign also featured a seemingly-independent news website, The New South African.
Although it is a contravention of the Press Code for news organisations to take funding from political parties or to push a particular party’s agenda, these rules only apply to media that voluntarily subscribe to the code. Publications that have chosen to opt out, such as The New Age, are not bound.
The ANC has denied any involvement in or knowledge of the campaign. Bolani’s case is scheduled to be heard in the High Court in Johannesburg on Tuesday.
http://www.news24.com/SouthAfrica/News/exclusive-the-ancs-r50m-election-black-ops-20170124