You can laugh but pastor shoe healed my Punani 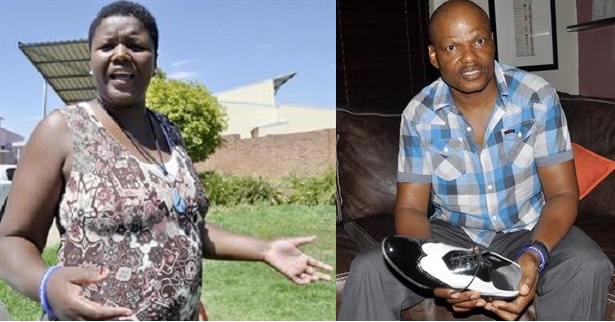 KEDIBONE says she doesn’t care if people are laughing at her – her Punani problem has been solved!
Kedibone Buffel (33) from Caleb Motshabi kasi in Mangaung suddenly became famous. This was after a video showing a Shoe being placed on her punani, during a service at the Victorious Faith

7 Reasons Why You Should Hire A Femal…
A Furry’s Guide to Cryptocurrency
Keeping in Touch – Chapter 3
Office Life – Preview – 2
طرق التعامل مع انشغال الزوج دائما
Ministries church service on New Year’s Day, went viral.
Kedibone said she doesn’t care what people think because her marriage had been saved.
“I had pimples on my punani and for weeks I couldn’t have sex with my Husband. I was worried I would lose my husband of two years,” said Kedibone.
She went to the church service at Dr Petrus Molemela Stadium.
“The pastor asked for his shoe to be removed and asked me to put it on my punani,” she said.
Kedibone said she fell to the ground and when she recovered she went to the toilet with another woman, where she saw her pimples had been cured.
“What matters is that I’m cured and my husband is a very happy man.
“I won’t mind being the pastor’s personal shoe polisher,” said Kedibone.
Pastor Zenzile November told Daily Sun: “The Bible says even handkerchiefs and aprons that had touched Him were taken to the sick and their illnesses were cured.”
Pastor November said he used his shoe to heal the woman’s punani as he didn’t have to touch her.


This post first appeared on The Edge Search, please read the originial post: here
People also like
7 Reasons Why You Should Hire A Female Divorce Attorney
A Furry’s Guide to Cryptocurrency
Keeping in Touch – Chapter 3
Office Life – Preview – 2
طرق التعامل مع انشغال الزوج دائما
Remote Learning Resources for the First Weeks of School
Hello From One Covid World To Another
Hindi Short Film – Rajma – A husband and wife’s story during lockdown

You can laugh but pastor shoe healed my Punani