The ad hoc Committee is expected to deliberate the draft findings on Thursday and Friday in order to produce the first draft report.
While the committee has not called Motsoeneng as a witness‚ some on the committee feel there are questions for him to answer‚ including the UDM’s chief whip‚ Nqabayomzi Kwankwa‚ who requested committee chairman Vincent Smith call Motsoeneng to testify. 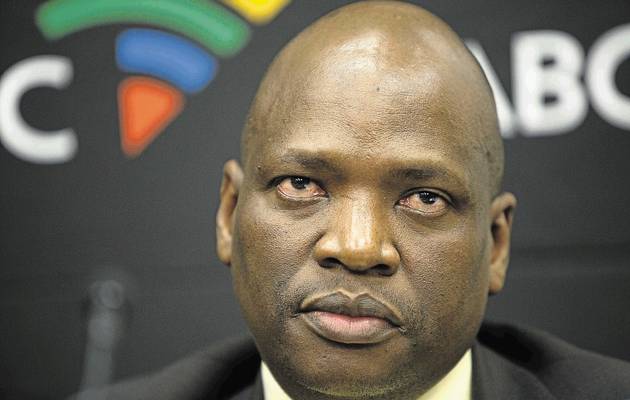 Former SABC chief operations officer and apparent strongman Hlaudi Motsoeneng says he will only talk about the inquiry into the SABC board's fitness to hold office "when the time is right"‚ following a leak of a parliamentary committee working document on it findings.

Although Motsoeneng is not a board member‚ his name featured prominently during the committee’s hearings.
Kwankwa said it was in the interests of justice and fairness that Motsoeneng be given an opportunity to respond to everything that had been said about him.
Looking at the testimony given during the inquiry and some of the draft findings‚ TMG Digital has compiled a list of questions Motsoeneng needs to answer:
1. Motsoneng must answer to an accusation contained in the leaked draft report that he was at the centre of the divisions in all the Sabc boards between 2009 and 2016.
2. Motsoeneng must explain his role in the 2013 deal that gave competitor MultiChoice access to the public broadcaster’s archive.
Former SABC IT executive Sipho Masinga testified that‚ when Motoseoneng was COO‚ Motsoeneng had met MultiChoice executives several times without the CEO being aware of this.
The committee has recommended a forensic investigation into the deal as questions still remain about who currently holds the SABC archives and how the deal originated.
3. Motsoeneng must also answer to allegations that he was allowed to sit in on board meetings when he was not a board member. This allegation was made by former acting SABC CEO Phil Molefe during his testimony before the commission.
4. Motsoeneng must answer questions about his alleged railroading of a deal between the SABC and the Gupta-owned newspaper The New Age to broadcast a series of sponsored business breakfasts. The inquiry heard evidence from journalists that the SABC was footing a large cost for the broadcast‚ which benefited a competing media company.
5. There were also questions about how Motsoeneng remained in the SABC's employ despite findings by the public protector that he committed fraud by stating that he completed matric when he had not.
- Additional Reporting Stephan Hofstatter
TMG Digital/Sunday Times


This post first appeared on The Edge Search, please read the originial post: here
People also like
How to Make the Most of Your Clinical Physician Job…
The Future of Cryptocurrency in India
UK’s Inflation rate fell Lowest since August 2016
COVID-19 May Shape NY Business Interruption Insurance Law