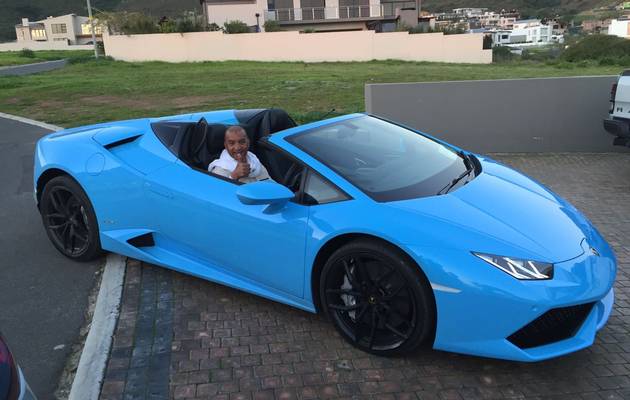 A businessman is seeing red after the R5.6-million Lamborghini super car he ordered arrived in the wrong shade of blue.

Then‚ after Capetonian Ridwaan Rajah agreed with luxury car dealer Imperial Collection to sell the car and secure a new one in the correct colour‚ he was refused delivery of the second car and his R820‚000 deposit was not returned.

Best Coffee Beans – Everything You Ne…
I Don’t Like Where This Is Headed
The Best LED Lights Home Decor in 202…
ENERGY COMPARISON AND ITS BENEFITS
Ahmaud Arbery Couldn’t Outrun The Hat…
The exotic car enthusiast is adamant he does not want his deposit back but wants his car delivered in the correct hue of blue‚ and has now taken his fight to the Pretoria High Court.
Rajah first saw the Lamborghini Huracan Spyder at a launch in 2015 and immediately fell in love. He began negotiations with Imperial‚ who are the sole distributors of Lamborghinis in South Africa‚ and agreed on a price and specifications for the car‚ which included it being in the same colour as the launch vehicle.
When the car arrived in July the following year‚ a number of shades lighter than what he had asked for‚ a furious Rajah demanded it be replaced.
The parties agreed that Rajah would take delivery of the car‚ which he had already paid for in full‚ and would sell it to recoup the funds‚ while also paying a deposit for the new replacement vehicle – which he did.
After receiving R6.5-million for the sale of the first car Rajah said he signed an offer to purchase for the second car in October 2016 at a price of R5.55-million.
According to his affidavit‚ when Rajah inquired about the delivery of the new vehicle later that month‚ he was refused delivery.
His attorney Sean Pienaar then wrote to Imperial.
“Their attorney‚ Hannes Grobler‚ sent us a response saying that the first car was subject to an exchange rate delivery‚ and that the price had changed‚” Pienaar said.
“They said that the deposit we had paid for the second car was actually the remaining purchase price for the first car because of the change in the exchange rate‚ even though that is not what was agreed on.”
Despite the dispute‚ Rajah says: “That Lamborghini is still one of the nicest cars on the road and I still want it.”
Grobler would not comment on the matter but said that they would be opposing the application.