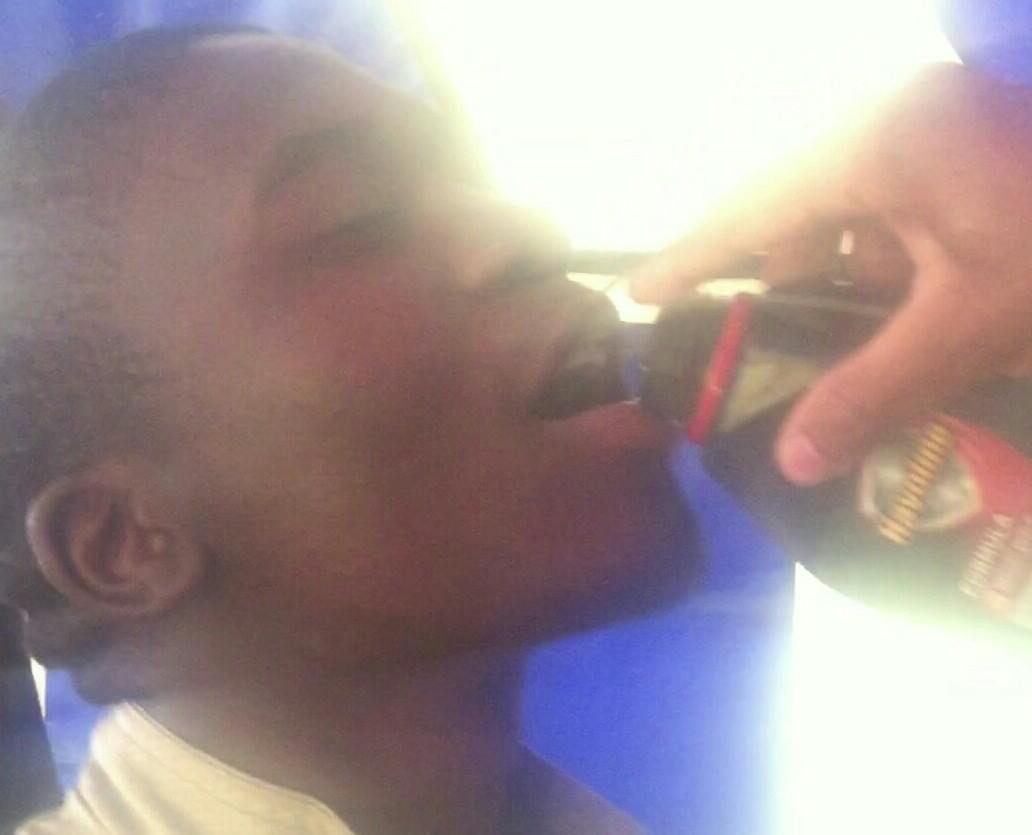 – A Daveyton pastor, who made his Congregants Drink a vehicle Engine Cleaning Fluid during a sermon, has become the latest in a series of clergymen who used controversial methods to “cure” their members.

Benefits of saffron tea - lovelcute
Nike Guest House|| How to spend 2 day…
Are there Differences between Real an…
Best Things to Do in Cadaques, Beauti…
Time to Keep Moving
The Star has seen pictures of Prophet Theo Bongani Maseko of the Breath of Christ Ministries making his congregants drink the chemical during a service. It is understood that the incident happened last week.
A series of pastors have for the past two years made headlines for making congregants eat grass and insects and drink dangerous concoctions.
In an interview with The Star on Monday, Maseko confirmed he had made his congregants drink the chemical. Asked why he had used this method, he said it was “to demonstrate the power of God”. “When we pray over anything, its poison dies. So it can’t harm people. Nothing happened, no one has been to hospital,” he said.
On the contrary, he said, congregants who had drunk the engine cleaner had been “saved, healed and delivered”. He backed up his claims by citing Bible verses.

Picture: Facebook
“Jesus spat on the ground and made mud. He took that mud and smeared it on the eyes of a blind man and, instantly, that blindness was healed. Mark 16 v 17-18 says ‘in My name shall they cast out devils; they shall speak with new tongues. They shall take up serpents; and if they drink any deadly thing, it shall not hurt them; they shall lay hands on the sick, and they shall recover’,” he said.
Commission for Promotion and Protection of the Rights of Religious, Cultural and Linguistic Communities chairperson Thoko Mkhwanazi-Xaluva was livid at the latest incident. She urged religious leaders to rally together and bring an end to what she described as “reckless” abuse of Christianity.
“A lot of people are going to die one of these days; we are fortunate that has not happened. A lot of people’s lives are at risk here,” she said.
She said pastors should allow their churches to be regulated as this would bring an end to such incidents. “Doctors have a peer review body, so do lawyers, so they know they can’t do anything unacceptable. Why should it be different with them (pastors)?” she asked.


This post first appeared on The Edge Search, please read the originial post: here
People also like
Benefits of saffron tea - lovelcute
Nike Guest House|| How to spend 2 days in Osun state?
Are there Differences between Real and Online Blackjack?
Best Things to Do in Cadaques, Beautiful Town in Costa Brava
Time to Keep Moving
15 Back To School Lunch Hacks You Need
Interview Tips for New Healthcare Providers
What is the best morning face routine?
My Biased Repp Sports Raze Energy Drink Review (I’ve Tried Over 10 Flavors)